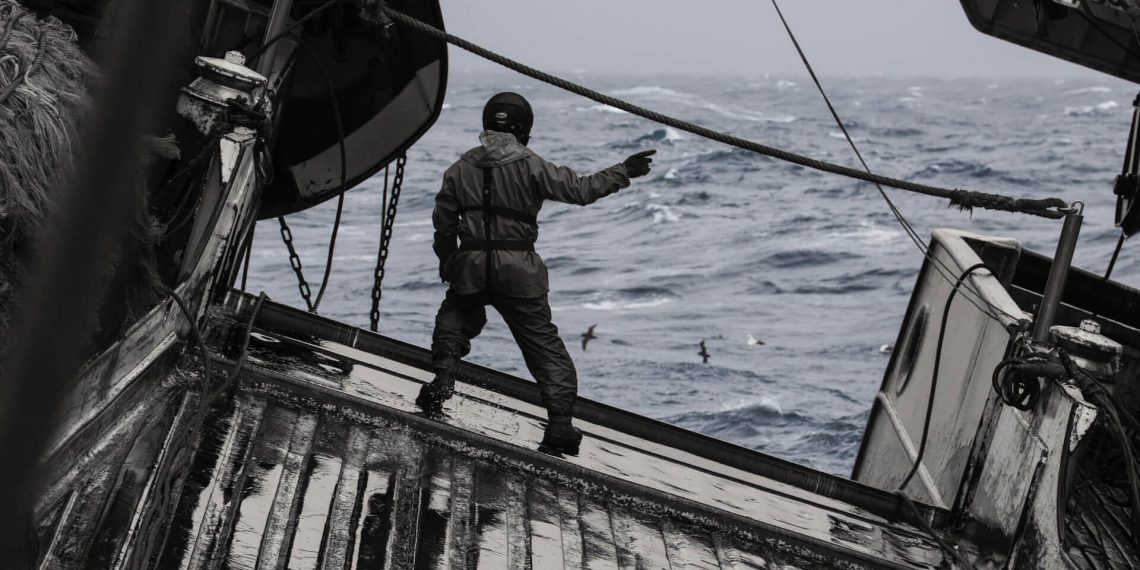 Both jobs and food are at risk as fish evade rising warmth. Image: By Lalo on Unsplash

On the fishing grounds, they already know about global warming. As fish flee warmer seas there are winners – but many more losers.

In the last 80 years, there has been an estimated drop of more than 4% in sustainable catches for many kinds of fish and shellfish. That is the average. In some regions – the East China Sea, for instance, and Europe’s North Sea –  the estimated decline was between 15% and 35%.

In the course of the last century, global average temperatures have crept up by about 1°C above the average for most of human history, as a reaction to the unconstrained burning of fossil fuels. If the world continues to burn ever-greater volumes of coal, oil and natural gas, it could be 3°C warmer or more by the end of the century.

Last year was only the fourth warmest for air surface temperatures, but the warmest since records began for the world’s oceans.

“Fisheries around the world have already responded to global warming. These aren’t hypothetical changes some time in the future”

US researchers report in the journal Science that they looked at the impact of ocean warming in 235 populations of 124 species of fish, crustaceans and molluscs in 38 ecological regions between the years 1930 and 2010.

They then matched the world data on fish catches with ocean temperature maps to estimate what warming has done to the sustainable catch – that is, the biggest haul fishing crews can make without reducing breeding stocks for the seasons to follow.

“We were stunned to find that fisheries around the world have already responded to global warming,” said Malin Pinsky of Rutgers University, and one of the authors. “These aren’t hypothetical changes some time in the future.”

The researchers found that some species in some climate zones actually benefited from warming, and fish with faster life cycles sometimes responded well, sometimes badly to the temperature changes. Some responded by shifting their geographical range.

But overall, said Christopher Free, once of Rutgers and now at the University of California, Santa Barbara, “among the populations we studied, the climate losers outweigh the climate winners.”

And his colleague Olaf Jensen, also from Rutgers, said: “Fish populations can only tolerate so much warning, though. Many of the species that have benefited from warming so far are likely to start declining as temperatures continue to rise.”

Fishermen off the coasts of Labrador and Newfoundland, in the Baltic, the Indian Ocean and the northeast US shelf may have seen more productive hauls of fish. But the biggest losses were in the Sea of Japan, the North Sea, off the Iberian coast and the Celtic-Biscay shelf.

Many fish species are adapted to a precise range of temperatures: they flourish not just in specific marine ecosystems but in thermal niches as well. Once things begin to change, they swim away or perish.

Fishermen in the North Atlantic have repeatedly observed changes in the available catch, as the cod shift north and the sardines migrate from increasingly uncomfortable warm waters. Warming in Mediterranean waters creates enticing conditions for invaders from the Red Sea and further south, at huge cost to the resident species.

The lesson is that fish stocks must be carefully conserved, and ocean reserves protected. Researchers have consistently warned that global warming and climate change – especially when combined with changes in ocean water chemistry as a consequence of carbon dioxide build-up in the atmosphere – could soon start to constrain an important source of nutrition: an estimated 3.2 billion people rely on the sea for an estimated 20% of their animal protein, especially in East Asia.

“This means 15% to 35% less fish available for food and employment in a region with some of the fastest-growing human populations in the world,” said Dr Free.

“Knowing exactly how fisheries will change under future warming is challenging, but we do know that failing to adapt to changing fisheries productivity will result in less food and fewer profits relative to today.” – Climate News Network