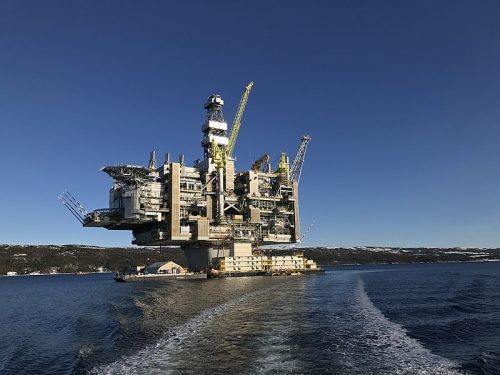 Five environmental groups represented by Ecojustice were in court last week, trying to stop the Canada-Newfoundland Labrador Offshore Petroleum Board (CNLOPB) from extending an offshore drilling licence for the Old Harry prospect, near the marine border between Newfoundland and Quebec.

“I think this is an important case for showing what are the bounds of the powers of these boards,” said Gretchen Fitzgerald of the Sierra Club Canada Foundation, adding that the decision could have “far-reaching implications for Canadian oceans” as the offshore oil industry prepares for rapid growth off the east coast.

“This isn’t just about this one licence,” said Ecojustice lawyer Josh Ginsberg. “This is about what happens in the Gulf of St. Lawrence forever more.”

At issue, he told media, is whether the regulator can extend the terms of an offshore drilling licence beyond legally prescribed limits.

Before the Newfoundland and Labrador Supreme Court, CNLOPB lawyer Amy Crosbie characterized the board’s decision as a simple exchange of assets, with a new licence replacing the old one after the project developer, Halifax-based Corridor Resources Inc., said it had no “viable path” to complete an exploration well before its permission expired in 2021. “The court doesn’t necessarily have to like the board’s interpretation, you may prefer somebody else’s interpretation,” she said. “As long as the board’s interpretation is reasonable then it should stand.”

But CP points out that the stakes in the case extend beyond one exploration well. “The Newfoundland and Labrador government, facing mounting debts, announced plans last year to rapidly expand its lucrative oil and gas industry to ease the province’s economic woes,” the news agency reports. “Plans include 100 proposed new exploration wells and over 650,000 barrels per day of oil by the year 2030, with shortened time “from prospect to productivity’.”

In its case description, Ecojustice fills in some of the characteristics that make Old Harry a site worth protecting. “The marine area is biologically rich, providing habitat for more than 4,000 species (including species at risk like blue and beluga whales, and the leatherback sea turtle),” the organization states. “The Gulf serves as a migration route for wild Atlantic salmon and is a food source for surrounding First Nations.”

None of that stopped regulators from granting Corridor Resources’ original permit in 2008. But “in the nine years since then, Corridor Resources has been unable to cover exploration costs on its own and has not completed an environmental assessment or received regulatory approvals necessary to start oil drilling. Under Canadian law, exploratory licences for oil and gas drilling cannot exceed nine years.”

But the day after its licence expired on January 14, 2017, the CNLOPB “unlawfully reissued” it, Ecojustice contends.

“Exploration licence term limits are meant to ensure that companies don’t sit on their rights forever—but they also play an important role in protecting the environment from rights-holders who lack the capacity or technology to drill safely,” Ecojustice explains. In this case, “during the early stages of the Old Harry environmental assessment process, the company demonstrated a lack of preparedness, including by failing to provide sufficient information to address concerns about the project’s environmental impacts, whether it be the exploration itself, or a spill.”