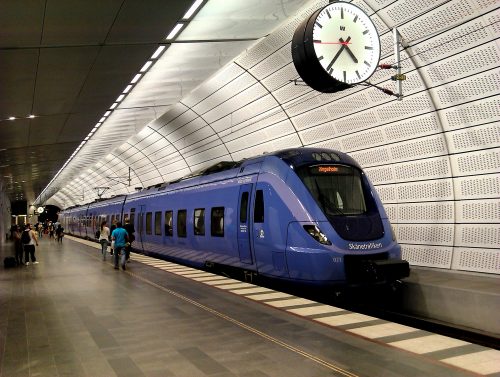 Expanding use of mass transit ranks #37 on Drawdown’s list of climate solutions, with the potential to eliminate 6.57 gigatons of carbon dioxide and produce US$2.38 trillion in savings. The cost, according to Drawdown, is too variable to be determined.

Thanks to pioneering efforts dating back to the 1970s, mass transit has become widespread in cities across the globe as an alternative to car ownership and use. Transit can also play a major role in reducing carbon emissions. “The transport sector is responsible for 23% of global emissions,” the chapter notes, and a key contributing factor is that reliance on cars, especially in the United States, continues to grow.

Transit is also getting cleaner, Drawdown states: While “buses have historically been powered by polluting diesel engines,” newer vehicles “are cleaner, with some fueled by electricity or natural gas instead.”.

And mass transit can help build a more fair society, with the potential to be accessible to a wide range of users including the young, the old, people with physical limitations, and those who can’t afford car ownership.

But the effort to expand and strengthen mass transit systems still faces a number of challenges. First and foremost, people are accustomed to using cars, and changing that status quo will be difficult. And transit systems’ ability to attract and retain passengers is a second issue: “Public transportation is most successful where it is not just viable, but efficient and attractive.”

Many cities will also need to be redesigned in a way that makes transit more appealing and accessible. But ultimately, investment in mass transit is an investment in the long-term health of people, cities, and the planet as a whole.