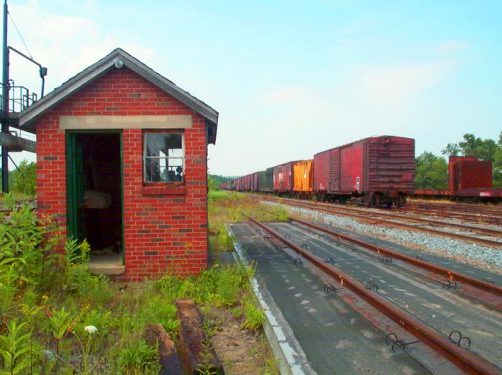 “We have some strong reservations about putting additional oil cars onto the system and potentially putting grain at risk,”  said Tom Steve, general manager of the Alberta wheat and barley commissions.

“It’s a huge risk, and it also affects our international reputation with our customers,” he added. “The risk is we lose sales and we lose reputation, and ultimately all those costs are borne by the farmers.”

Steve said Alberta grain farmers lost billions of dollars in two major freight backlogs over the last five years, and only got 60% of their product delivered to grain elevators over the last two weeks. “Railways already face routine struggles to keep up with demand from grain producers,” CBC states. And when those producers “can’t deliver to the elevators, they don’t get paid.”

Premier Rachel Notley said CN and CP Rail have promised that no other industry, including agriculture, will be harmed by the province’s oil-by-rail plan. “We made it very clear that we were not going to do anything that would compromise or jeopardize the shipping capacity of our agricultural producers or other producers,” Notley said last week. “They’re fundamentally important parts of our economy in the past, now and well into the future.”

When it was adopted last May, C-49 “was a major step forward in terms of making the railways more accountable for their performance,” Steve said. “But in a lot of cases they’re simply playing catch-up to investments that should have been made in the past to maintain the current levels of service.”