Rivian Plans Electric Truck in 2020 with New Investment from Amazon 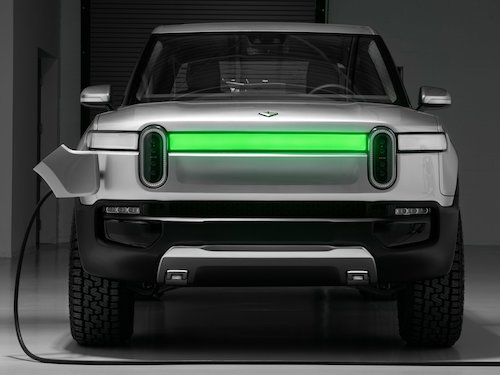 Upstart electric SUV and pickup truck manufacturer Rivian Automotive LLC has attracted Amazon.com as the lead investor in a recent effort to raise US$700 million in new capital.

“The backing from Amazon will bolster Michigan-based Rivian’s plans to bring an electric truck to market late next year,” Bloomberg reports. “The support of the world’s leading online retailer signals potential for a partnership on delivery vehicles down the road.”

The company is still negotiating an investment or some other form of collaboration with General Motors, the news agency adds. CEO R.J. Scaringe said the company is looking for both.

“We will bring on additional partners, but less because of capital reasons and more because of a need to have strategic relationships as we scale towards our broader vision,” he said.

Bloomberg says Rivian as raised about $1.15 billion from investors so far.

“As its e-commerce business and Prime fast-delivery service have grown, Amazon has sought out ways to boost its own delivery capacity and reduce its reliance on shipping partners including United Parcel Service Inc. and FedEx Corporation,” Bloomberg notes. The mega-retailer’s investment in Rivian and one other start-up “make clear its intention to profit from the incipient move toward electric and autonomous cars,” the Los Angeles Times adds. “The potential size of that market is hard to quantify—forecasts range from hundreds of billions to trillions of dollars—but, safe to say, it’s huge.”

As for Rivian, the Times says the company’s success “depends on continued growth of the electric vehicle market. Currently, EVs represent only 1% or so of total vehicle sales. And several companies have announced plans for electric pickups, including Tesla, though it has offered little detail.”