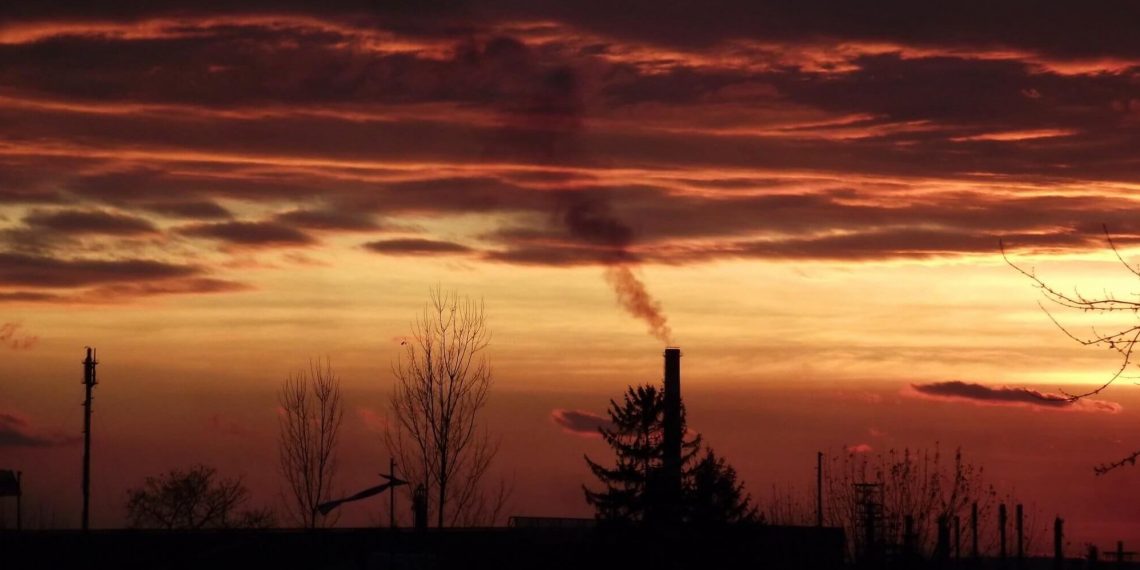 As coal in Europe yields to solar and wind power, UK politicians argue it should remove carbon from gas..

LONDON, 20 February, 2019 − To remove carbon from gas, which is used in vast quantities across Europe for heating and cooking, is one of the great technical difficulties that must be overcome to save the planet from dangerous overheating.

Gas distributed across thousands of miles of pipes has been put forward by oil companies as a necessary interim fuel while governments move away from coal as a power source, replacing it with renewables. But a new report says gas use must also be curtailed, and quickly.

Now come claims that work must start immediately to cut carbon emissions from the gas network if targets are to be met to keep carbon dioxide in the atmosphere to acceptable levels.

Bright Blue describes itself as “an independent think tank and pressure group for liberal conservatism.” It has published a report, Pressure in the Pipeline, which suggests a number of ways that gas use could be reduced and replaced with alternatives that do not involve pumping carbon dioxide into the atmosphere.

Although it is endorsed by leading members of the ruling  Conservative party, including the minister of state for energy and clean growth, Claire Perry, the report is clear that the government the party supports needs to reform existing legislation and do far more to encourage decarbonising gas if this energy revolution is to happen.

One of the key parts of the report is about the drive to replace natural gas with hydrogen. Currently the UK’s gas supplies are pumped from below the North Sea or piped from as far away as Russia. If the country can manage the transition, it could provide a blueprint for the rest of Europe, which is heavily reliant on Siberian gas and the goodwill of Russia for most of its heating.

Antoinette Sandbach MP, a member of the House of Commons business, energy and industrial strategy committee, said: “This report is a significant contribution to the task of planning Britain’s energy future. Decarbonising our extensive gas network is an important priority. Over 80% of UK homes depend on gas for heating and cooking.”

Although presently hydrogen is mostly produced for commercial use by extracting it from natural gas, which is carbon-intensive, it is equally easy to extract hydrogen from freshwater or seawater using electrolysis − a process that involves passing an electric current through water to obtain hydrogen and oxygen. When the hydrogen is burned it produces only water as waste, and no carbon dioxide.

Several trials are already taking place in the UK with existing gas distribution networks to supply homes with a mixture of up to 20% of hydrogen and natural gas, and others are developing networks that can burn 100% hydrogen, the report says.

However, current legislation bans more than 0.1% of hydrogen in the gas network, so the report points out that if either or both of these trials prove successful the government will have to change legislation to allow the schemes to be rolled out to consumers.

The authors cannot see a technical barrier to allowing more hydrogen into the network, since before natural gas was tapped the UK used gas for cooking and heating after deriving it from coal that was more than 50% hydrogen.

Given the right regulations and market incentives, around 60% of the heat supplied to domestic, commercial and industry consumers could come from hydrogen in the gas network by 2050.

To help achieve this the government is urged to improve the energy efficiency of UK homes, where it has had a number of programmes in the past, now abandoned.

The report says that energy efficiency could reduce gas use by a quarter by 2035 in domestic buildings, the largest current user of gas, but that to achieve that the government would need to provide active support.

Apart from the discussion about hydrogen the report details existing progress with gas produced from waste food that is already injected into the network. Much more of this gas, and low carbon gas from other sources, could also be used as a fossil fuel substitute, but again the government needs to change legislation to enable it to work.

The report also says that the independent gas regulator that is supposed to protect consumers, Ofgem, needs to have its remit changed so that it can force companies to include hydrogen and other alternatives to natural gas in supplies to homes.

Wilf Lytton, senior researcher at Bright Blue and co-author of the report, said: “Existing gas regulations that were designed decades ago, and a lack of investment and incentives, are hampering deeper decarbonisation.

“Now, with time running out, the government and Ofgem should approach the task of decarbonising gas with the same fervour as it has applied to delivering low carbon and affordable electricity. It is an urgent priority to ensure that Ofgem’s next price control framework from April 2021 includes stronger incentives and greater investment to support deeper decarbonisation.”

Claire Perry, endorsing the report, said: “Hydrogen and biomethane can help deliver serious climate action through our existing infrastructure, keeping consumers on board and maintaining the flexibility and resilience provided by the gas system.

“The UK has grown its economy whilst cutting carbon faster than any other country in the G7; but if we are going to build on this success, we need to get serious in tackling heat.” − Climate News Network