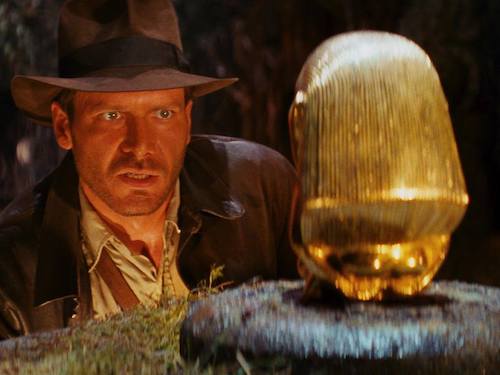 If you’re trying to get ahead in the fantasy world inhabited by climate deniers, you probably don’t want to get on the wrong side of Han Solo or Indiana Jones. But that’s exactly what seems to have happened to the former reality TV star currently occupying the White House.

“Harrison Ford has launched a scorching attack on Donald Trump and other world leaders, for denying science in order to justify doing nothing to face the ‘moral crisis’ of climate change,” The Guardian reports. “Though Ford did not mention the US president by name, the subject of his speech at the final day of the World Government Summit in Dubai was beyond doubt.”

“Around the world,” Ford told the conference, “elements of leadership including in my own country, to preserve their state and the status quo, deny or denigrate science. They are on the wrong side of history.”

The Guardian says the veteran U.S. actor “prefaced his speech at the summit with a short film, narrated in his trademark lion’s growl,” in which the character of Nature speaks about the future.

“If I’m not kept healthy, humans won’t survive, simple as that,” Nature says. “I couldn’t give a damn, with or without humans, I’m the ocean. I covered this entire planet once, and I can always cover it again.”

In his speech, he called climate change “the greatest moral crisis of our time. We need nature now more than ever because nature doesn’t need people, people need nature.”

In an earlier CNN interview, Ford called out a U.S. administration “bent on dismantling all of the gains we’ve made in the protection of the environment”, along with the “isolationism, nationalism that’s creeping into governments all across the developed world. The problems require attention on nature’s scale, not on the scale of the next election.”