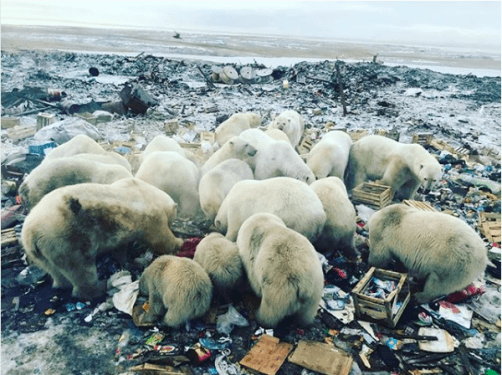 Starving polar bears have overrun a small town in Russia’s eastern Arctic, and while the immediate problem traces back to the delectable snacks someone left out for them in the town garbage dump, climate change is playing a role by depriving the animals of their regular food sources.

“On Saturday, dozens of large adult animals, as well as many cubs, moved into the town of Belushya Guba, or Sturgeon Bay, a military community of 2,500 people on the far northern archipelago of Novaya Zemlya,” about 1,800 kilometres north of Moscow, CBC reports. “There are so many bears—local officials say they counted as many as 52—that Russian TV says local people are calling it an ‘occupation.’”

The Russian branch of the World Wildlife Fund attributed the bears’ arrival to sea ice loss due to climate change. “Such a massive accumulation of bears is a unique case for Novaya Zemlya,” the NGO stated. “But it only confirms the trend: people and predators in the Arctic are increasingly meeting each other.”

Video from the dump shows 20 or 30 bears “grunting and gorging themselves on discarded food,” CBC notes, while “security cameras showed silent images of adult bears entering buildings, and peering into the windows of people’s homes.”

“They’re not afraid of anything,” said a voice on the town dump video.

“We put up extra barriers near the daycare upon the request of parents. We’ve organized buses for the kids. They are patrolling the whole village,” local government official Gigansha Mosin told Russian state TV.

Since Belushya Guba is a military site, it’s tougher for groups like WWF to organize education campaigns to help people bear-proof their community, CBC writes. “The WWF says in 2016 it drew up a plan to try to decrease problematic interactions, which included basic rules such as not having any open garbage and not feeding animals, but the organization notes the rules were never implemented by Russia’s military.”

While local authorities plan to clean up the dump, they’re concerned the bears might not be keen to leave town now that they’re there. State television suggested a mass cull, even though the species is listed as endangered in Russia. CBC says wildlife groups are dismissing the idea.

But Mikhail Stishov, WWF Russia’s project manager for Arctic biodiversity, cautioned it won’t be easy to relocate that many animals. “Usually you think about immobilizing and transporting polar bears. But it doesn’t work [to move them just] 20 or 30 kilometres. They go back,” he told CBC.

For longer relocations across several hundred kilometres, “it’s not so difficult to deal with one or two polar bears, but how to deal with 50? I’m not sure.” 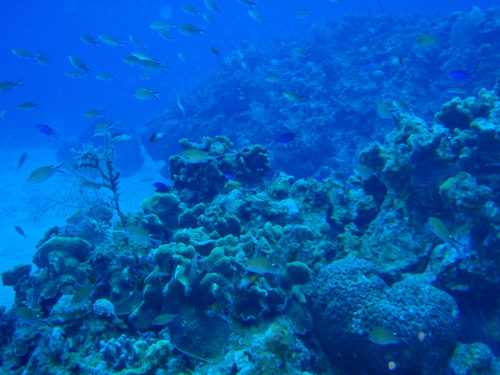