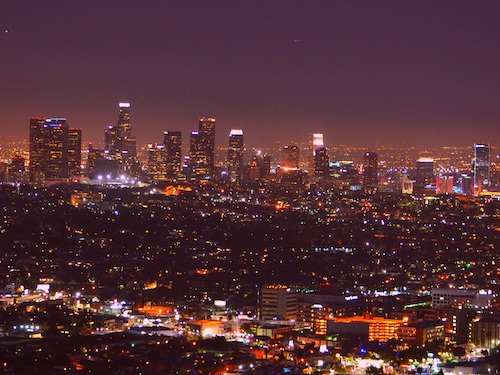 Los Angeles is walking away from a plan to spend billions of dollars rebuilding three natural gas power plants along the coast, in what Mayor Eric Garcetti cast as a boost for the city’s 100% renewable energy goal and its plan to improve air quality in polluted neighbourhoods.

“This is the Green New Deal,” he added. “Not in concept, not in the future, but now.”

While the city has mostly removed coal from its electricity mix, “the mayor’s decision marks an abrupt change of course for the Los Angeles Department of Water and Power (DWP), where top staffers have argued in recent months that the gas plants are critical to keeping the lights on in the city,” the Los Angeles Times reports. “Environmental groups have urged DWP to replace the aging facilities with cleaner alternatives, saying the gas-fired plants need to go because they contribute to climate change and local air pollution.”

California had previously adopted a 2045 deadline to hit 100% carbon-free electricity, and “a slate of environmental groups had argued that investing in the Los Angeles gas plants would be inconsistent with that goal,” the Times adds. “The city is under state orders to shutter 10 gas-fired generating units at those facilities in the coming years because they use ocean water for cooling, which can harm marine life.”

Two of the plants, the Scattergood and Harbor facilities, are in communities with some of the worst pollution in California.

As recently as December, a team of consultants hired by DWP had suggested rebuilding seven of the 10 gas-fired units and replacing the other three with energy storage, energy efficiency, and solar. That plan would have cost US$3.4 billion, compared to $2.2 billion to rebuild all 10 gas generators. But it ran into opposition from local environmental groups and DWP commissioner Aura Vasquez, a Garcetti appointee.

“We are in uncharted territories. I get it. We are in a new era. We are headed to renewables that some might view as unreliable,” Vasquez said. “I’m trying to figure out how to reinvent the way that we do business.”

Garcetti’s office concluded LA could comfortably retire the Scattergood plant in 2024 and the Harbor and Haynes plants by 2029 if DWP kept investing in batteries and other clean technologies. “Instead of saying all the reasons why not, get to a reason as to why,” the mayor said.

Food and Water Watch organizer Alexandra Nagy said Garcetti was “showing the rest of the country what a Green New Deal can mean for our communities”.

The Times reports that one of the sharpest critics of the original plan was 93-year-old S. David Freeman, a former DWP general manager who advised U.S. presidents Lyndon Johnson, Richard Nixon, and Jimmy Carter on energy.

“This is public power. You’re the voice of the people,” Freeman said. “And I think that any poll of the people of Los Angeles reveals that they want you to pay real, real good attention to the climate issue, and not be what I would call an ‘intelligent denier,’ which is what you are if you don’t take the actions that the climatologists say we must take.”

Freeman added: “It’s not a question of wanting to or it being convenient. It’s just as important as keeping the lights on and keeping the rates down.”

World is halfway through its hottest decade