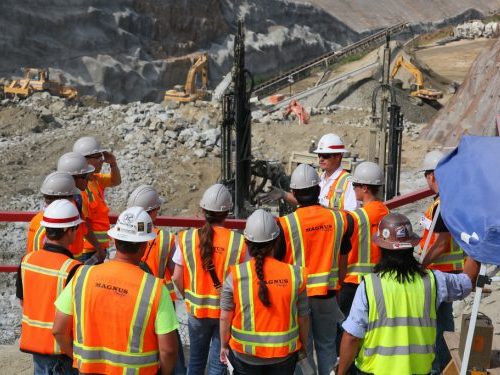 And “it’s not only the trades who need to upgrade their skills and knowledge base. The entire construction ecosystem, including designers, architects, engineers, building officials, and building managers also need to add skills to successfully complete complex, high-performing buildings.”

With the Toronto area alone expected to see 150,000 job openings due to retirement over the next 15 years, CaGBC Head of Advocacy Akua Schatz said the timing is perfect for a major skills upgrade. “They are going to want to fill those jobs with trades that have the best skills possible,” she told the Toronto Star.

Although the report looked “more specifically at the trades, you cannot separate them from the other pieces of the ecosystem,” she added. “The work that they are doing is highly dependent on the designs they are given to follow, the engineering plans for how mechanical systems should be installed.” Which is why the CaGBC produced  “a more complete view of the construction industry,” and the potential to green the sector.

While Ontario commissioned the report before last year’s provincial election, much of its message should “align very well with the current government,” Schatz stated. “The current government is interested in maintaining our competitive advantage, ensuring quality jobs for Ontarians, especially the middle class, and those activities that contribute to the GDP.”