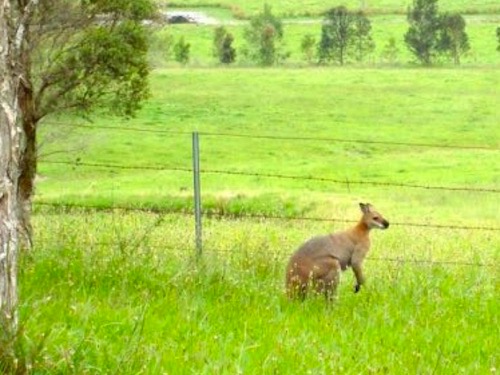 In what’s being hailed as a landmark ruling, the Land and Environment Court in New South Wales, Australia has listed climate change as one of the reasons to reject construction of a new open-cut coal mine.

In what the NSW Environmental Defenders Office (EDO) had called a “once in a generation case”, chief judge Brian Preston concluded that the mine proposed by Gloucester Resources Ltd. and opposed by NSW Planning Minister Anthony Roberts was “in the wrong place at the wrong time,” the Sydney Morning Herald reports. Preston cited the mine’s “significant adverse social impacts on the community”, and in a first for any Australian court, pointed to the climate impacts of coal mining.

“The construction and operation of the mine, and the transportation and combustion of the coal from the mine, will result in the emission of greenhouse gases, which will contribute to climate change,” he wrote.

The mine would have added 37.8 megatonnes of carbon dioxide or equivalent to the atmosphere, prompting Preston to describe it as “a sizeable individual source” of emissions.

“We’ve won, we’ve won,” enthused Di Montague of the anti-coal mine Groundswell Gloucester, adding that the decision should “reverberate across every community fighting coal and coal seam gas in Australia.”

EDO CEO David Morris said the ruling “will be generally applicable to any coal mine in Australia.”

“On first pass it doesn’t read well for the industry,” agreed Shaw & Partners analyst Peter O’Connor. “It does indicate an ongoing and increased level of scrutiny of this industry, which is only likely to become greater.”

The Sydney Morning Herald says the case was the first time an Australian court heard evidence of a global carbon budget to justify refusing an application for a new coal mine. Preston’s stature as chief justice of the Land and Environment Court and former member of the state’s Supreme Court of Appeal adds weight to the decision as a precedent for other Australian courts.

“The comprehensive nature of the judgment, including detailed assessment of the mine’s other negative social and cultural impacts, will provide hurdles for any successful appeal,” and “similar arguments are likely to surface in future coal and other fossil fuel approval cases,” the SMH notes. “Internationally, the decision is likely to add to the growing trend of global jurisprudence directly linking fossil fuels and climate change, elevating the risk that coal investments will be stranded,” the paper adds, citing Martijn Wilder, head of Baker McKenzie’s Global Environmental Markets and Climate Change.

NSW Minerals Council CEO Stephen Galilee disputed the sense that this was a landmark case, noting that state planners had already recommended against approval. “We’ll take a close look at the judgment, including what appears to be a range of different reasons for the outcome,” he said.

But one of the witnesses in the case, Will Steffen of Australian National University’s Climate Change Institute, welcomed the result.

“This landmark decision sends a clear message to the fossil fuel industry that it cannot continue to expand if we are serious about tackling climate change,” he said. “Shutting the door on new fossil fuel developments will be a major turning point in the battle to stabilize the climate system—and will add further momentum to the shift to clean, reliable renewable energy systems.”