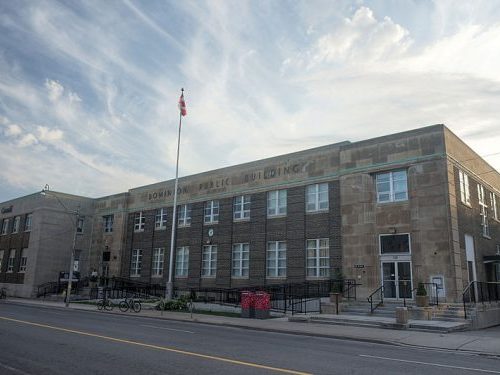 The Canadian Union of Postal Workers is trying to sell Canada Post on a plan to connect neighbourhood post offices to a greener, more just future by expanding their services to include community banking and electric vehicle charging stations.

But so far, management isn’t buying into the idea.

“As arbitration grinds on at Canada Post following back-to-work legislation passed in November,” CBC reported last month, “the union has made a series of proposals beyond standard contract negotiations on wages and benefits: they want the Crown corporation to open a new bank for low-income people and turn the post office into a hub for green technology.”

“The proposed postal bank is aimed at rural residents, including First Nations, who often don’t have easy access to a bank branch,” said John Anderson, a researcher with the Canadian Centre for Policy Alternatives. CBC adds that the plan would “benefit low-income Canadians, including pensioners and the working poor who often depend on payday lenders for loans, cheque cashing, and other financial services.”

Noting that postal banking is popular in many European countries, Anderson said such a venture would almost certainly be profitable in Canada. He pointed to a 2016 survey indicating that 30% of Canadian businesses and some three million citizens would choose to bank at the post office.

Canada Post “is the biggest piece of federal infrastructure. It has the largest vehicle fleet in the country. It would be a good place to start,” he said. “With one of the country’s largest vehicle fleets that could be converted from gas to electric power, 6,000 distribution outlets where electric car charging stations for consumers could be built, and old buildings ready to be retrofitted with solar panels, the post office is well positioned to help Canada transition to a greener economy.”

Alex Whalen, vice-president of the Atlantic Institute for Market Studies, said it’s “a good thing” Canada Post management seems skittish about an expanded mission. “The concern has to be that there are public dollars involved,” he said. “If the union thinks this is a great idea, are they going to be an investor in the bank?”

CBC pointed to workers’ pensions as one “obvious source of funds outside of asking taxpayers or the company” to invest in the new venture. But Palecek said his members “have no decision-making power whatsoever” over pension investments, and Carleton University community investment specialist Tessa Hebb said that state of affairs isn’t unusual for Canadian workers.

“Some representation from employees would be really beneficial, both for the positive components for adjusting to a low-carbon economy, and also for the basic protections for workers” in the event that pension fund managers make less-than-ideal choices.

While Hebb cautioned against using pension funds to finance the kind of new initiatives CUPW is advocating, she pointed to successes in the United States, where “pensions under union control—or funds jointly managed by workers and management—have made a series of profitable investments in green technologies or urban renewal projects like affordable housing.” The shift to a low-carbon economy, she added, “is going to bring forward some really interesting investment opportunities.”