Energy from greenhouse gases is possible 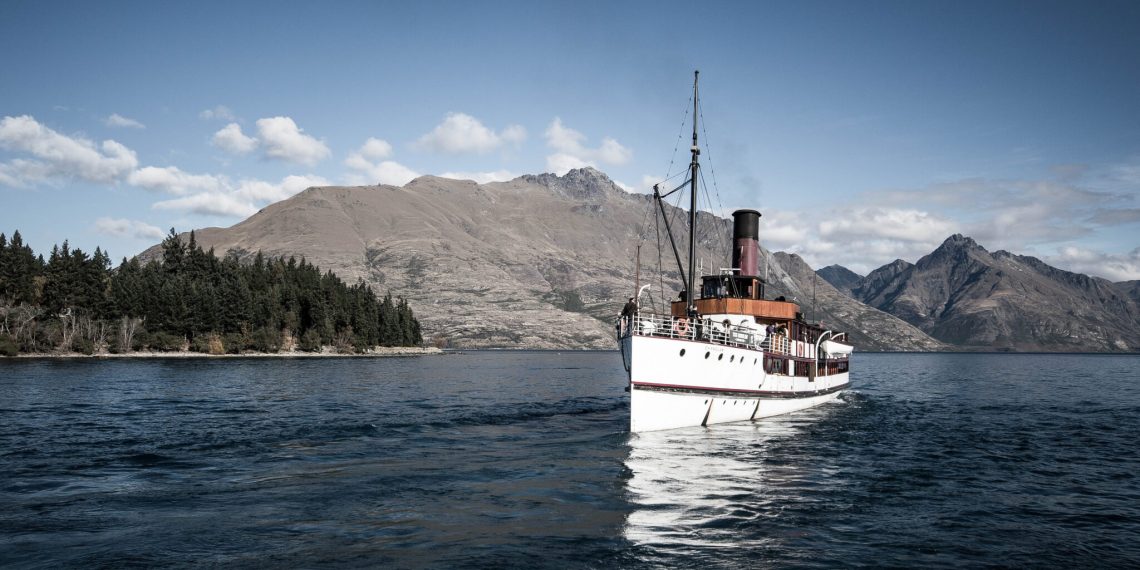 Nature can save the world’s cargo vessels a fortune. Image: By Stephen Crowley on Unsplash

Laboratories can make energy from greenhouse gases, power smartphones with their own radiation, and cut shipping costs naturally. And each could become reality.

LONDON, 8 February, 2019 – Researchers have found ways to realise a modern version of the medieval alchemists’ dream – not turning base metals into gold, but conjuring energy from greenhouse gases, exploiting abundant pollutants to help to power the world.

Korean scientists have developed a sophisticated fuel cell that consumes carbon dioxide and produces electricity and hydrogen – potentially another fuel – at the same time.

Researchers based in the US and Spain have devised a nanoscale fabric that converts electromagnetic waves into electrical current.

The dream is that a smartphone coated with the fabric could, without benefit of a battery, charge itself from the ambient wi-fi radiation that it exploits for texts, calls and data.

German scientists have taken a leaf from nature’s book and applied it – so far in theory – to bulk cargo shipping. Salvinia molesta, a floating fern native to Brazil, isolates itself from water with a thin sheath of air. If the large carriers could adopt the Salvinia trick and incorporate a similar layer of air in the anti-fouling coating on the hull, this would reduce drag sufficiently to save 20% of fuel costs.

And in yet another demonstration of the ingenuity and innovative ambition on show in the world’s laboratories, another German team has looked at the large-scale climate economics of artificial photosynthesis – a system of semiconductors and oxides – that could draw down carbon dioxide from the atmosphere and deliver stable chemical compounds.

To take 10 billion metric tons of carbon dioxide out of the atmosphere each year would demand a forest that covered all Europe as far as the Urals. But to do the same job, a commercial forest of “artificial leaves” would require a land area about the size of the German federal state of Brandenburg.

All these ideas are ready for further development. None is so far anywhere near the commercial market.

But all are evidence that chemists, engineers, physicists and biologists have taken up the great climate challenge: how to power modern society without fuelling even faster global warming and climate change that could, ultimately, bring global economic growth to a devastating halt.

And, as many researchers see it, that means not just by-passing the fossil fuels that drive climate change, but actively exploiting the ever-higher ratios of carbon dioxide now in the atmosphere, or soon to emerge from power station chimneys

Scientists at UNIST, Korea’s National Institute of Science and Technology, report in the journal iScience that in collaboration with engineers at the Georgia Institute of Technology in the US they have already developed a hybrid sodium-carbon dioxide system of electrolytes that converts dissolved carbon dioxide to sodium bicarbonate and hydrogen, with a flow of electric current.

Efficiency is high – with 50% of the carbon dioxide exploited – and could be higher. And their test apparatus so far has run in stable fashion for 1000 hours. The system uses a new approach to materials to exploit something in the air everywhere.

And that too is exactly what researchers in the US have done: they report in the journal Nature that they have fashioned a flexible sheet of ultra-thin material that serves as what they call a “rectenna”: a radio-frequency antenna that harvests radiation, including wi-fi signals, as alternating current waveforms, and feeds them to a nanoscale semiconductor that converts it to direct current.

So far, the rectenna devices have produced 40 microwatts of power: enough to fire up a light-emitting diode, or power a silicon chip.

“We have come up with a new way to power the electronics systems of the future – by harvesting wi-fi energy in a way that’s easily integrated in large areas – to bring intelligence to every object around us,” said Tomás Palacios, an electrical engineer at Massachusetts Institute of Technology, and one of the authors.

The waterweed Salvinia molesta exploits bubbles to keep itself afloat but out of the water: it literally rides in the water on a little magic carpet of air. The hydrophobic plant is regarded as an invasive pest, but the way it harnesses air to keep itself afloat and on top of things provides a lesson not just for evolutionary biologists but for engineers.

Researchers from the University of Bonn have been looking at the problem of the global shipping fleet: cargo freighters burn 250 million tonnes of fuel a year and emit a billion tonnes of carbon dioxide, much of it because of the sheer drag of moving a hull through the waves. So anything that reduces drag saves fuel (which accounts for half of all transport costs).

The German scientists report in the Philosophical Transactions A of the Royal Society that their experiments with hull coatings based on the lessons of Salvinia could in the medium term cut fuel costs by up to 20% and on a global scale reduce emissions by 130 million tonnes a year. If the same coating discouraged barnacles as well, the saving could reach 300 million tonnes – 1% of global CO2 output.

To keep global warming to the promised level of no more than 1.5°C, an ambition signed up to by 195 nations in Paris in 2015, global fossil fuel emissions will have to reach zero by 2050.

Right now, nations are adding 42 billion tonnes of carbon dioxide to the atmosphere every year. So there is pressure to find ways to remove carbon from the atmosphere and store it.

German scientists report in the journal Earth System Dynamics that they did the sums and calculated that to take 10 billion tonnes of carbon dioxide out of the atmosphere using the machinery supplied by 3 billion years of evolution would require new forest plantations that stretched over 10 million kilometres. This is about the size of continental Europe.

But supposing artificial leaf systems developed in laboratories could be further developed on a massive scale? These leaves would draw down carbon dioxide and deliver it for permanent storage or for chemical conversion to plastic or building material.

If so, then efficient synthetic photosynthesis installations could do the same job from an area of only 30,000 square kilometres.

“These kinds of modules could be placed in non-agricultural regions – in deserts, for example. In contrast to plants, they require hardly any water to operate,” said Matthias May of the Helmholtz-Zentrum Berlin, one of the authors. It would of course come at a formidable cost – about €650 bn
or US$740 bn a year.

“The best thing now,” Dr May said, “would be to drastically reduce emissions immediately – that would be safer and much cheaper.” – Climate News Network