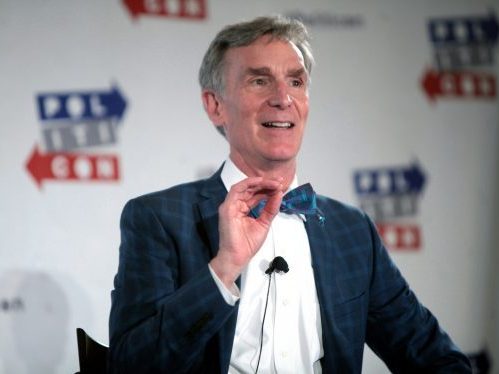 Food shortages brought on by climate change might eventually prompt the United States to annex parts of Canada, Bill Nye the Science Guy kind of, sort of suggested in an interview last week on MSNBC.

Nye was talking to Hardball host Chris Matthews about the economic cost of the climate crisis and its potential impacts on rural America. But the conversation “took a surprising turn when the Science Guy started advocating for a U.S. incursion, of sorts, into Canada,” the Windsor Star reports.

As temperatures rise, “the growing (of crops) in North America is going to have to move north into what would nominally be Canada. We don’t have the infrastructure, we don’t have the railroads and roads to get food from that area to where we need it around the world,” Nye said.

“Of course it can be built,” he added, “but the longer we mess around and (don’t) address this problem, the more difficult it’s going to be.”

Nye’s representatives weren’t available to clarify his comments. So “it wasn’t entirely clear if Nye meant to imply that Canada does not, in fact, have roads to transport crops, or if by using the word ‘nominally’ he was envisioning an apocalyptic future in which the U.S. flexes its military might and annexes us out of self-interest,” the Star notes.

If so, writes reporter Nick Faris, “it’s worth noting that Gwynne Dwyer, a Canadian journalist and historian, warned of a wealth of similar outcomes that could unfold around the world in his 2008 book Climate Wars: The Fight for Survival as the World Overheats.”