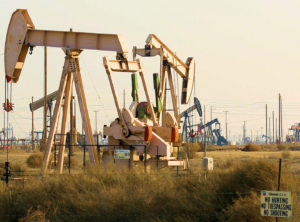 California may be setting itself up as a “timely laboratory” to test supply-side reductions in fossil fuel production as a key tool for reducing global greenhouse gas emissions, three authors with the Stockholm Environment Institute suggest in a recent paper in the journal Nature Climate Change.

Seven countries so far have imposed limits on the production—not just the consumption—of coal, oil, and natural gas, as a way to “increase the ambition and effectiveness of their climate policies,” write Peter Erickson, Michael Lazarus, and Georgia Piggot in their December, 2018 post. And now, “by ceasing the issuance of permits for new oil wells, California could reduce global CO2 emissions substantially and also enhance environmental justice in the state.”

Supply-side strategies emerged out of a recognition that the “important policy accomplishments” in the effort to reduce fossil fuel consumption have left a “large gap” between the steps countries have taken and their climate targets, the authors state. When it adopted its 2030 climate action plan, the powerful California Air Resources Board committed the state to “continue to evaluate and explore opportunities to achieve significant cuts in GHG emissions from all sources, including supply-side opportunities to reduce production of energy sources.”

That effort “can shed light on whether and how these policies could help address the political and economic challenges that currently limit progress towards the globally agreed goal to keep warming ‘well below 2.0°C’,” Erickson, Lazarus, and Piggot write. Although supply-side limits on fossil exploration, extraction, and transportation are not a new concept, “the literature largely lacks analyses of how specific jurisdictions can wind down their fossil fuel production as part of an overall climate strategy,” they note.

With a “significant oil extraction industry, a recent resolution to examine reducing oil production as part of its climate plan, an executive, Governor Jerry Brown, who [was] considering his climate legacy, and a global audience eager for signs of climate policy momentum in the United States,” they add, “California provides an ideal context for a case study on supply.”

The state also came under sustained pressure last year, before and during Brown’s Global Climate Action Summit, with climate organizations pointing out that California is still the United States’ second-biggest oil and gas producer, after Texas.

The paper adds that, by “gradually but purposefully phasing out oil production in the state, California could make a tangible contribution to reducing global CO2 emissions in ways that complement its existing and planned efforts to reduce in-state fossil fuel demand,” a move that would represent an important step forward in climate policy.