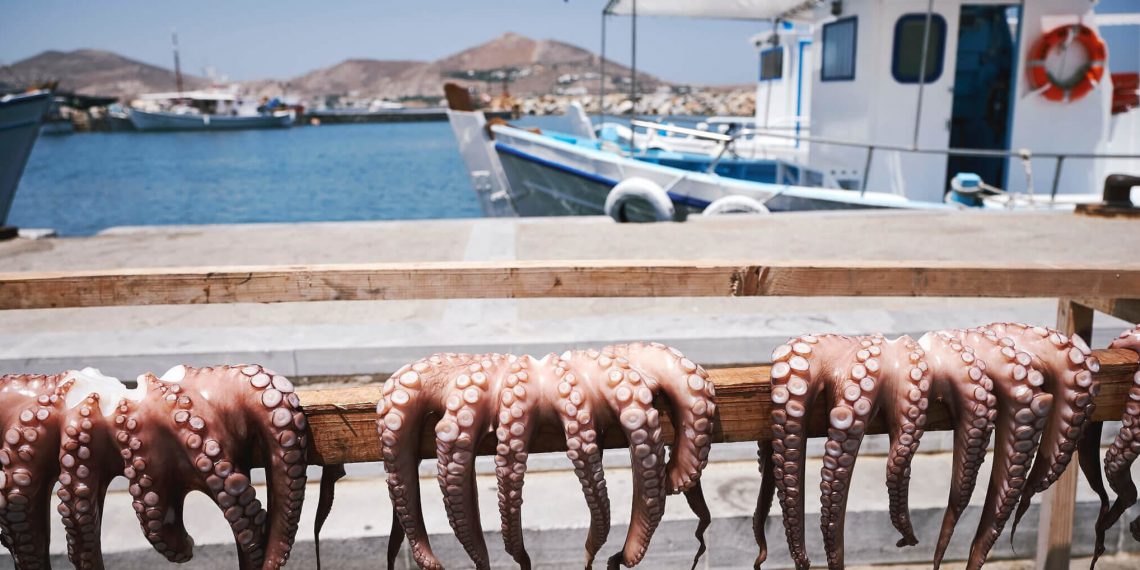 Overfishing is one of the most serious threats to marine food supplies. Image: By Fabien Bazanegue on Unsplash

LONDON, 1 February, 2019 − More than ever, the world’s ways of keeping hunger at bay are taking a pounding as food shocks become more frequent. Potatoes are being baked in heat waves. Corn is being parched by drought. Fruit is being bitten by frost.

And a long-term study suggests that for the world’s farmers and graziers, fishing crews and fish farmers, things will get worse as the world warms. Australian and US scientists report in the journal Nature Sustainability that they examined the incidence of what they call “food shocks” across 134 nations over a period of 53 years.

They found that some regions and some kinds of farming have suffered worse than others; that food production is vulnerable to volatile climate and weather changes; and that the dangers are increasing with time.

The researchers looked at cases of dramatic crop failure, harvest loss and fishing fleet failures between 1961 and 2013, as recorded by the UN Food and Agriculture Organisation and other sources, and then mapped shock frequency and co-occurrence.

In their database of 741 available time-series of food production, they found 226 cases of food shock: dramatic interruption of supply.

Agriculture and livestock emerged as slightly more vulnerable to shock than fisheries and aquaculture. South Asia suffered most from crop damage or loss; the Caribbean for livestock, and Eastern Europe for fisheries; some of these regions were hard hit in more than one sector.

“The frequency of shocks has increased across all sectors at a global scale,” the authors report. “Increasing shock frequency is a food security concern in itself. Conflict-related shocks across sub-Saharan Africa and the Middle East since 2010, combined with adverse climate conditions, are responsible for the first uptick in global hunger in recent times.”

More than half of all shocks to food production were climate-related, and drought was the biggest factor. Extreme weather accounted for a quarter of shocks to livestock, and disease outbreaks another 10%, but the biggest single factor for pastoral farmers arose from geopolitical conflict and other crises.

Fisheries seemed better protected, and the worst shocks to fish landings could be traced to overfishing. Disruption to fish farming – a relatively new form of food production – has grown at a faster rate and to a higher level than in any other sector.

Climate scientists and agricultural researchers have been warning for years that food security is at hazard from global warming and climate change, both driven by profligate human use of fossil fuels and unthinking destruction of forests and natural grasslands and wetlands.

“While the number of food shocks fluctuates from year to year, the long-term trend shows they are happening more often”

Heat extremes can harm cereal yields almost anywhere, but Africa and South-east Asia are particularly at risk from changes in precipitation patterns.

The latest study is a reminder that, in some ways, the future has already arrived: the forewarned rise in climate extremes such as flood, heat and drought can be detected in the annual harvest tally around the globe.

And although a high percentage of the food supply damage can be linked to social conflict or political stress, climate change seems increasingly to be a factor in civil and international violence.

A new study for the UN security council – co-incidentally released on the same day – confirms the picture. Hunger and conflict are in a persistent and deadly partnership that threatens millions.

The number of food shocks fluctuates from year to year, the Nature Sustainability authors say. That is because factors such as social conflict and climate change can in synergy create a number of shocks across different sectors at different times. At least 22 of the 134 nations experienced shocks in many sectors over the same five-year time period.

In some cases, these shocks ended with more than just empty shelves. The collapse of the Soviet Union late in the last century removed some economic support from North Korea: subsequent floods precipitated a famine that killed 200,000 people.

Iraq’s invasion of Kuwait in 1991, and the subsequent Gulf War, devastated agricultural land and cost Kuwait’s commercial fishermen their livelihoods. Drought in Afghanistan in 2001 and 2002 decimated cereal yields, pastoralists lost fodder for their cattle and animal disease incidence soared.

“While the number of food shocks fluctuates from year to year, the long-term trend shows they are happening more often,” said Richard Cottrell of the University of Tasmania, who led the study.

“Globalised trade and the dependence of many countries on food imports mean that food shocks are a global problem, and the international community faces a significant challenge to build resilience.” − Climate News Network