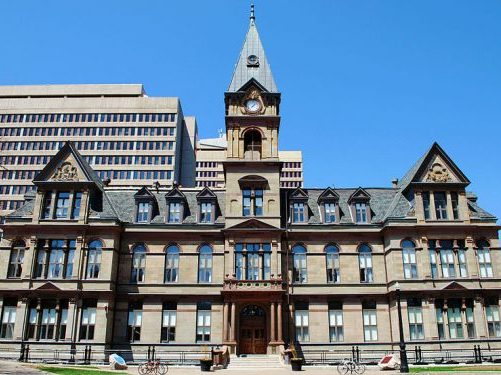 The Halifax Regional Municipality became the third major city in Canada to declare climate change an emergency, after regional council unanimously adopted a motion yesterday that gives city staff a year to come back with an updated action plan.

“We all understand the climate is changing, and even the changes are changing more quickly than we thought,” said Councillor Richard Zurawski, who sponsored the motion. “It’s overwhelming and incontestable.”

He said Halifax and Vancouver, which adopted a similar declaration earlier this month, hope to “motivate provincial and federal governments” to look at the situations they face. An emergency declaration adopted by Montreal last November has since gained support from 256 municipal bodies in Quebec representing 6.7 million people, 68.5% of the province’s population.

“We are the two major coastal cities in Canada, one on the Pacific, one on the Atlantic, where we will feel ocean level rise, heat, fire, all the various horsemen of the apocalypse that come with climate change,” Zurawski said. “We will feel it first.”

“My family has talked a lot about this since the IPCC [report] came out, and to say we’re somewhere between seriously concerned and really freaked out, both those are understatements,” agreed downtown councillor Waye Mason. “This is real. We know that there is a climate emergency and that human civilization is threatened. That’s what the science says.”

Mason said he wants regional staff to look at practical steps Halifax can take, like addressing sea level rise on the waterfront. “There are concrete, pardon the pun, things that need to be done and considered in terms of how we build in the future and how we secure things that are already there,” he said.

The motion calls for a staff update on Zurawski’s previous call for Halifax to set up a climate change directorate, calculate its remaining carbon budget consistent with 1.5°C average global warming, set a target of net zero carbon before 2050, and shift to net negative by the second half of the century, the Star Halifax reports.

“Zurawski was originally looking for a report back in 90 days,” the paper states. “But municipal chief administrative officer Jacques Dubé said that wouldn’t be possible, especially with staff currently working on a plan to address climate change: the Community Energy and Climate Action Plan.”

Halifax recently awarded a C$200,000 contract to the Sustainability Solutions Group to complete that report. The Star Halifax says the assignment will include updating a 2011 target that calls for the region to cut its greenhouse gas emissions 30% between 2012 and 2020.