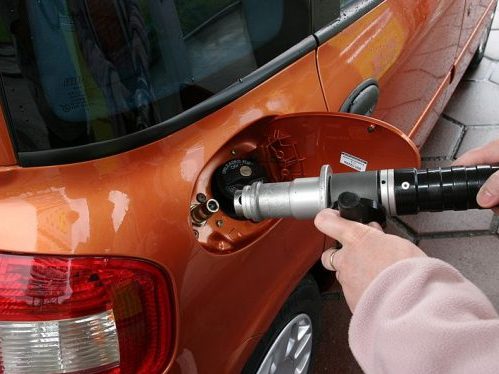 The program Canada has touted as fulfilling its commitment to putting more zero-emission vehicles on the road has spent nearly half its money on natural gas refueling stations, an analysis by National Observer concludes.

Natural Resources Canada’s Electric Vehicle and Alternative Fuel Infrastructure Deployment Initiative is paying for 102 EV chargers across the country. But “what is less known is that this program has also funded the installation of seven natural gas refueling stations, and three hydrogen refueling stations,” Observer reports. “While there are far fewer natural gas and hydrogen stations than EV chargers, the refueling stations cost much more to install, typically C$1 million each, compared to $50,000 for an EV charger—meaning they are sucking up much more program funding per station.”

Observer’s review finds that, as of January 25, the program had put $6.5 million into natural gas refueling and just over $7.9 million into EV chargers. “Replacing gas guzzlers with compressed natural gas vehicles could lower emissions, depending on where the gas is sourced from, what fuel sources are being replaced, and the vehicles in question,” writes reporter Carl Meyer. But “electric vehicle advocates feel slighted that a program they thought was advancing the cause of electrification is also being used to fund transportation options that still produce tailpipe emissions.”

“As members of the EV community, it is distressing for us to see money spent on compressed natural gas fueling that will have little to no impact on Canada’s greenhouse gas emissions,” said Matthew Eglin, director of the Electric Vehicle Council of Ottawa. “This money would have been better spent on expanding the EV charging network across Canada.”

“If there are lower carbon fuel options that will make a difference, we need to act,” he said. “We know that the transition to a low-carbon economy cannot happen overnight.”

Explainer: How Arctic Warming Pushes Much of North America Into a Deep Freeze