Germany to Phase Out Coal by 2038, Pay €40 Billion for Regional Transition 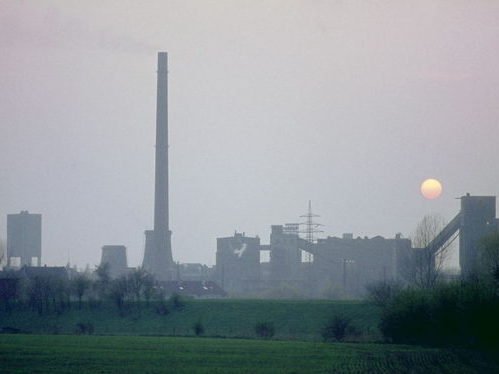 Germany will shut down all its coal plants by 2038 and pay out at least €40 billion (US$45.7 billion) to support a just transition in affected regions if the country accepts recommendations finalized Saturday by a government-appointed coal commission.

The recommended payout falls short of the €60 billion coal-producing states had requested in the course of the commission’s work, Reuters reports, in a dispatch picked up by CNBC.

“This plan will make it possible to achieve climate change goals set by the German government, but it will also, and this is important, achieve affordable and secure energy supplies if the German government implements our recommendations,” said Agora Energiewende political scientist Barbara Praetorius, one of four commission leads. “A large majority of the population stands behind this exit from coal,” she added, “but it must be reliable, affordable, and acceptable for the regions.”

The commission’s work was “at the centre of Germany’s strategy to shift to renewables, which made up more than 40% of the energy mix last year, beating coal for the first time,” Reuters states. “The proposals of the coal commission, which were finalized after more than 20 hours of last-round talks, will serve as a guideline for the government in its effort to turn the planned exit from coal into law.”

News reports have indicated the commission has strong support in the German parliament, and that its report stands a good chance of being adopted. The report has raised concerns that Germany will need a faster coal phaseout to align its energy sector with a 1.5°C limit on average global warming, tempered with relief that an iconic fragment of the 12,000-year -old Hambach Forest will likely be protected from an open-cast lignite mine proposed by utility giant RWE.

“In a blow to RWE, Germany’s top electricity producer, the commission said preserving the Hambach Forest was ‘desirable’, hitting the group’s key source of lignite where mining operations have already been halted following a court order,” Reuters notes. Companies that end up paying more for electricity as a result of the phaseout could end up sharing €2 billion per year.

The commission’s phaseout plan begins with coal plant operators RWE, Uniper, EnBW, and Vattenfall shutting down 12.7 gigawatts of capacity by 2022. The country as a whole would see its coal capacity fall by more than half, to 17 GW, by 2030. “Compensation payments should apply to plants in operation and those that have not yet entered service or are still being built, including Uniper’s Datteln 4 plant,” Reuters writes, citing the report.

The news agency cites Stanislaw Tillich, former premier of the coal-producing Saxony region, who “said the accord would set an example for other regions in Europe, by ensuring they could develop new industries and jobs even as they phased coal out.”

Late Saturday, German Environment Minister Svenja Schulze “said ending the use of coal as an energy source would send a positive signal internationally and need not drive the country’s energy prices higher,” Reuters adds in a follow-up report.

Analysis by Schulze’s ministry shows the phaseout would “by no means lead to higher electricity prices,” she said, and “I am convinced that a strong industrial country like Germany can master the energy revolution and become stronger and more modern in the process.”

Christian Lindner, leader of the pro-business Free Democrats, said the plan was unnecessary, and maintained it would increase electricity prices.

“The exit from coal is already irreversibly decided; that was done by the European climate goals and the Paris accord,” he told a party congress in Berlin. “There was absolutely no need to think about an exit from coal with a fixed end date. It was coming anyway,” and “energy prices that are already so expensive in Germany will now become even more expensive.”