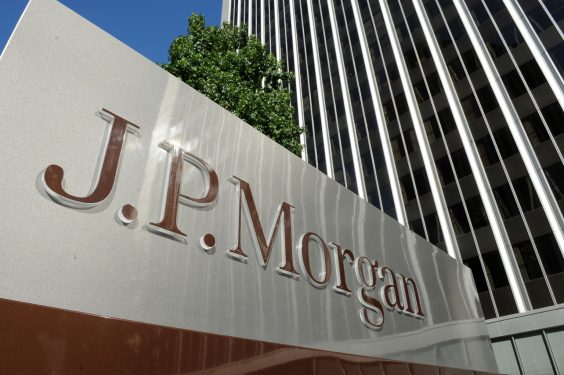 JPMorgan Chase, the Bank of Montreal, Deutsche Bank, and the Canadian Imperial Bank of Commerce are the four most important banks backing TC Energy (formerly TransCanada Pipelines Ltd.) in its effort to build the controversial Coastal GasLink pipeline, according to research released this week by the Rainforest Action Network.

The four lead a list of 21 financial institutions—including Alberta Treasury Branches, Desjardins, Export Development Canada, National Bank of Canada, Royal Bank of Canada, Scotiabank, and TD—that are supporting TC Energy “in a range of roles on its current lines of credit and recent bond sales,” the organization states.

After RCMP dismantled a Wet’suwet’en blockade earlier this month and arrested 14 community members to allow pipeline work to continue over the objections of hereditary chiefs, the banks “are contributing to this clear abuse of Indigenous rights, even though many of them have stated policies acknowledging the right to free, prior, and informed consent of Indigenous communities,” RAN adds.

The RAN list covers financial institutions that have extended loans to TC Energy, purchased its bonds, or helped it sell assets, since the company has not sought separate financing for Coastal GasLink. RAN notes that much of the financial activity took place in December 2018, not long before the RCMP broke the blockade to enforce an interim injunction the company obtained from the B.C. Supreme Court December 14.

RAN is calling on the banks to “cut their ties with TransCanada, as the company tramples on Indigenous rights in order to ram through the dangerous pipeline. The world is watching—hundreds of solidarity actions are taking place across Canada and around the world—and RAN and allies will continue to pressure these banks to stop supporting Indigenous rights abuses.”