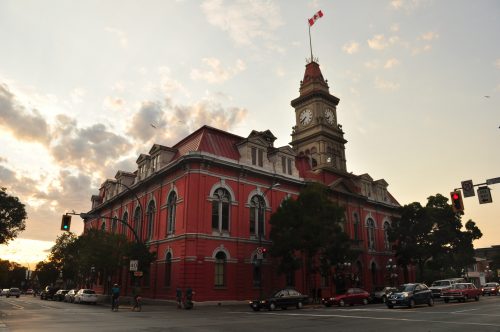 Victoria has become the first city in British Columbia to support a class action lawsuit calling on fossil companies to cover their fair share of the costs municipalities will incur as a result of climate change.

“Our province is in a climate emergency, and response from fossil fuel companies has been inadequate,” said Councillor Ben Isitt. “The cost of climate change has been overwhelming for local governments in B.C., and taxpayers shouldn’t be the only ones paying for the impacts.”

At a meeting last week, city council agreed to ask the Union of B.C. Municipalities to look into initiating a class action.

“The decision comes days after the Insurance Bureau of Canada estimated that Canadian governments paid up to C$5.7 billion for uninsured damages caused by extreme weather events in 2018,” the Globe and Mail reports. “A report in 2015 estimated that storm surges and a one-metre rise in sea level, which is projected by the year 2100, could cost Victoria businesses up to $415,557 a day.”

The Globe links the resolution to a campaign organized by West Coast Environmental Law, in which 16 B.C. municipalities sent accountability letters to the world’s 20 most colossal fossils. “The Association of Vancouver Island and Coastal Communities, representing 53 local governments, joined the movement, but the motion was narrowly defeated at the UBCM annual meeting last year,” the Globe recalls.

At the time, staff lawyer Andrew Gage said he was pleased with the momentum in the campaign, even if the final vote fell short. Last week, he told the Globe some communities are prepared to take a more aggressive stand, even if most fossils are ignoring them for now.

In response to the original campaign in 2017, only Shell Canada bothered to answer Victoria’s letter, and Isitt said the reply “demonstrated no binding commitments to shift away from the use of fossil fuels, or any attempts to mitigate the costs for affected communities,” the Globe states.

While Vancouver is still formulating a position on a possible class action, Councillor Pete Fry said there’s support for the idea among Green, COPE, and OneCity councillors, as well as newly-elected Mayor Kennedy Stewart.

“The lawyers have been looking at it,” Fry told the Globe. “At a certain point, it will take a decision from council. Then we will have to decide how much political capital to stake on that. On a party level, we have been pushing for it.”

Meanwhile, the board of Capital Region District in and around Victoria was due to consider a resolution this week that declares a climate emergency and commits the area’s municipalities to “take a leadership role toward climate neutrality by 2030,” the Victoria Times-Colonist reports. Vancouver declared a climate emergency last week and gave staff 90 days to report back with an accelerated timeline to achieve net zero emissions.