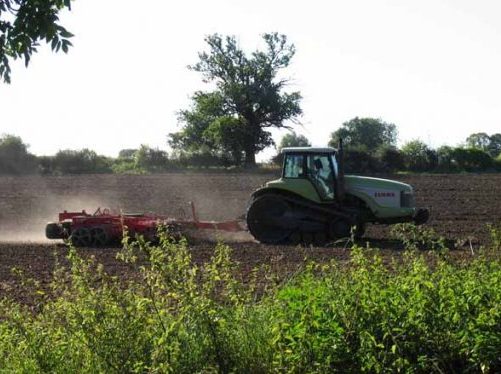 Citing the need to remain competitive as green standards rise globally, the UK’s National Farmers’ Union is urging the country’s agricultural sector to achieve “net zero” emissions by 2040—even as it insists that strong environmental standards could imperil food security post-Brexit.

Speaking at a major farming conference in Oxford in early January, where Environment Secretary Michael Gove presented his “green-Brexit” strategy, NFU President Minette Batters stated that while the UK’s beef industry is “2.5 times more efficient than the world average, and compared with South America four times more efficient,” British farmers must “be ambitious” in their efforts to reduce agricultural emissions.

The industry currently produces 10% of the nation’s greenhouse gas emissions, The Independent reports. To support a transition off carbon, the government is offering to compensate farmers who take action by “promoting clean air and water, and restoring habitats that can act as carbon sinks.”

But critics say rewarding individual good behaviour is hardly sufficient, The Independent notes. They’re calling “for tough minimum standards that all farmers must follow to preserve the environment, and assistance from the government to aid their transition.”

The NFU is standing against such standards. While the union wants emission cuts in the name of competitiveness, it “expressed concern that too much focus on environmental services may compromise the UK’s food security following Brexit.”

In an earlier report, The Independent cites concerns from farming groups such as the Nature Friendly Farming Network that food security in the era of climate change will be imperiled by too little focus on environmental standards.