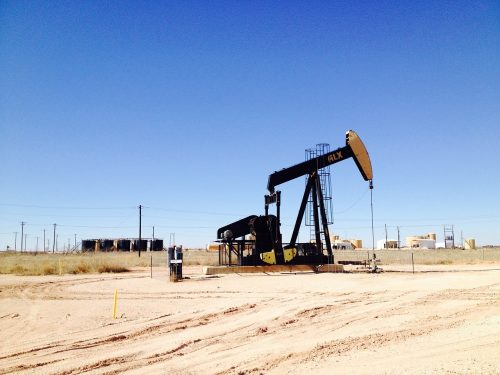 The United States is “gearing up to unleash the largest burst of new carbon emissions in the world between now and 2050,” with an oil and gas expansion equivalent to nearly 1,000 coal-fired power plants, according to an explosive new analysis released last week by Oil Change International and 17 other organizations.

“At precisely the time in which the world must begin rapidly decarbonizing to avoid runaway climate disaster, the United States is moving further and faster than any other country to expand oil and gas extraction,” Oil Change states in a release. If the country’s 120 billion tonnes of new carbon pollution between 2018 and 2050 are not curtailed, “U.S. oil and gas expansion will impede the rest of the world’s ability to manage a climate-safe, equitable decline of oil and gas production.”

“Our analysis shows that the United States is set to drive nearly 60% of global growth in oil and gas supply between now and 2030—expanding production by four times the amount of any other country,” writes Senior Research Analyst Kelly Trout. “By contrast, the Intergovernmental Panel on Climate Change (IPCC)’s recent Special Report on 1.5°C of Global Warming warns that the world needs to cut carbon emissions nearly in half by 2030 to keep warming within that limit.”

Oil Change says 90% of new U.S. oil and gas drilling through 2050 would depend on hydraulic fracturing, and 60% of it would be located in known epicentres of the country’s fracking industry—the Permian Basin in Texas and New Mexico and the Appalachian Basin in Pennsylvania, West Virginia, and Ohio.

“This would bring with it more air and water pollution, health risks, heavy trucks taking over roadways, and growing competition for water,” Trout writes. “It would mean more dangerous pipelines threatening the sovereign land and water sources of Indigenous peoples. It would mean more communities being entangled in a volatile industry that has no viable future on a livable planet.”

The report calls for a ban on new fossil leases and permits, a planned phaseout of existing fossil projects, an end to fossil fuel subsidies, support for a 100% renewable energy transition through the Green New Deal, and an end to the influence of fossil money on U.S. politics.

“Over the past decade plus, community-led movements have come together across North America to fight new pipelines, fracking rigs, export terminals and, increasingly, petrochemical plants,” Trout states. “But too few U.S. politicians have used their own power to stop this spread of fossil fuel infrastructure and extraction. This is a major reason the oil and gas industry is in a position to drill us towards climate disaster.”

Now, “every decision around a new fossil fuel lease, permit, subsidy, or setback is an opportunity for U.S. politicians to stop fossil fuel expansion and champion a just transition to an economy powered by clean energy. The U.S. fossil fuel industry is gearing up to swing a giant wrecking ball through global climate goals. U.S. politicians cannot afford to stand by and let them…or worse yet, help swing it.”