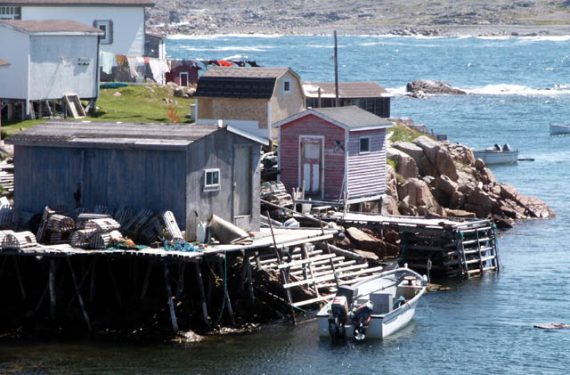 Fishing operators in Newfoundland and Labrador are urging a federal-provincial regulator to stop seismic testing by oil and gas companies off Canada’s east coast, after new federal research revealed a 50% drop in plankton populations over the last five years.

The population drop coincides with a dramatic increase in seismic testing in recent years, and the risk to plankton carries far greater implications. “The tiny organisms live near the ocean’s surface and underpin the entire marine food web, feeding the smallest and largest of creatures that call the ocean home,” iPolitics reports. “Small but mighty, they are what make life on Earth possible.”

Which makes it significant that researchers are seeing smaller populations and a shift to smaller plankton species—not just off Newfoundland and Labrador, but in other parts of Atlantic Canada and the Gulf of St. Lawrence.

“It started off as a bit of a dip, but then it got more profound,” said Department of Fisheries and Oceans senior researcher Pierre Pepin. “We’re looking at values that are about 50% of what we saw five years ago. That’s a substantial decline. And it’s not only a decline in the overall biomass; we’ve also seen a shift in the composition of the plankton.”

Researchers are still working to tie down the extent of the impact on species that feed on plankton, but the studies so far have delivered “the kind of signals you have to pay attention to,” Pepin added. “I don’t think we need to be alarmist about this (or) become excessively precautionary.” But “we’re looking at other elements of the ecosystem to see if we’re seeing cascading effects.”

But the Federation of Independent Sea Harvesters of Newfoundland and Labrador (FISH-NL) told iPolitics its members are already seeing the real-world impacts Pepin is trying to document.

“Whenever a seismic boat goes past and we drop our gear, the fish aren’t there,” said FISH-NL President and former NDP MP Ryan Cleary. “Any fisherman, or fisherman worth their salt, will tell you there’s an impact. They’ve seen it first-hand.”

When seismic vessels pass through an area, “crab seem to disappear and ones left seems to be dormant, like in shock,” fishing operator Paul Reddy added on Twitter. “It’s like a snowplow; it clears out everything in its wake.”

iPolitics reporter Holly Lake notes that “seismic surveys produce the loudest human-made sounds in the ocean aside from explosions. The process involves towing air guns behind ships and shooting loud blasts of compressed air through the water and into the seabed to find oil and gas deposits that may be buried there. The guns release at high pressure and can go off every 10 seconds around the clock for months at a time.”

Cleary said the investment in seismic testing by Nalco Oil and Gas more than doubled from 2014 to 2015, from C$13.9 to $28.6 million. By summer 2017, provincial Natural Resources Minister Siobhan Coady was touting the Newfoundland and Labrador’s 3D seismic program as one of the biggest in the world—and now, plankton populations are crashing.

“I don’t believe in coincidences,” Cleary told Lake. “From my perspective, when there’s smoke, there’s fire.”

He cited a 2017 study in the journal Nature that documented seismic testing destroying plankton populations at distances of up to 1.2 kilometres—a finding he called a red flag.

“If there is no plankton, there are no fish. That’s how serious this is,” he warned. “Our commercial fisheries (are) all on their knees. Anything that has a potential impact on their health has to be looked at immediately.”