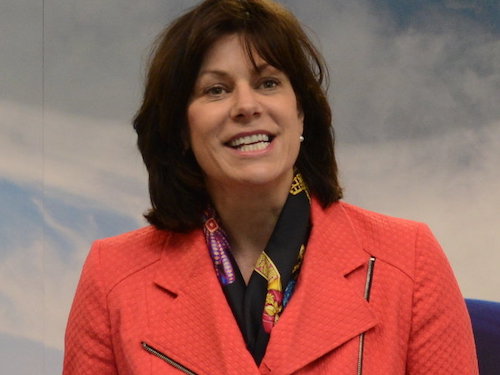 Last month, petrochemical giant Ineos declared that shale gas deposits in the UK won’t likely be developed unless governments relax restrictions on fracking after an earthquake. At the time, the Times of London identified the company as the biggest holder of shale exploration rights in the country.

“Ministers have enthusiastically backed the development of shale gas, but have also set strict limits on the earth tremors caused by fracking, the process used to extract the gas,” the paper stated. “The government’s rules force companies to cease fracking for 18 hours after causing a tremor measuring more than 0.5 on the Richter scale.”

Now, Perry “has strongly reaffirmed the government’s commitment to the seismic activity standards that have frustrated attempts to frack for shale gas,” reports Unearthed, an investigative news site run by Greenpeace UK, citing correspondence obtained under access to information rules.

Perry was responding to criticism of the country’s earthquake control system delivered by Francis Egan, CEO of Bamber Ridge, UK-based Cuadrilla Resources. In language that Unearthed found tougher than her previous statements, she said the so-called traffic lights system is “fit for purpose”, and the government “has no intention of altering it”.

Egan had previously said the rules were “strangling” the industry.

“I note that your Hydraulic Fracture Plan was developed and reviewed over several months with reference to existing regulations, including the traffic light system,” Perry wrote, “and at no point did you communicate that it would not be possible to proceed without a change in regulations.”

Unearthed says Cuadrilla’s operations in Lancashire triggered dozens of tremors” late last year, “almost all of them imperceptible at the surface, which on several occasions forced it to stop drilling.” One 1.5-magnitude quake in mid-December “was felt by several people in the area.”

Cuadrilla and Ineos “have both called for the standards to be weakened, but the government’s position appears to have hardened since Unearthed revealed in October that Perry was considering the prospect of revising the rules in the future,” the publication notes.