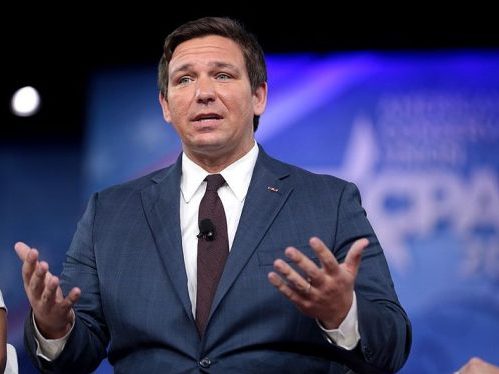 Although he didn’t breathe the words “climate change” or “carbon emissions”, newly-installed Florida Governor Ron DeSantis issued executive orders on his second day in office to establish a new state resilience office and invest an additional US$1 billion in Everglades restoration and water cleanup.

While the plan fell short of what environmentalists and Democrats were looking for, “DeSantis still managed to exceed critics’ expectations by indicating that a state where former governor Rick Scott banned environmental regulators from using the phrase ‘climate change’ is now willing to work to at least combat the symptoms of an existential problem.”

“DeSantis has done more in two days than Scott did during his entire eight years in office,” said environmental consultant Laura Reynolds. “It’s a great surprise. I didn’t think he was going to acknowledge climate change at all.”

The Herald observers that “in some ways, DeSantis didn’t.”

In three different public appearances last week, “DeSantis never said the words ‘climate change,’ and they weren’t included in his executive order. Nor were there any references to humans’ role in rising temperatures,” the paper notes. But “by including a nod to rising seas and increased flooding as part of a platform intended to bring real-time solutions to existing problems, DeSantis seemingly put the state on a path it has largely avoided.”

“This is a wonderful model for the Republicans to acknowledge this issue in a sober way, without alarming people and without using it as an excuse to massively expand government,” said Carlos Curbelo, a member of the House of Representatives climate solutions caucus until he lost his Miami-area seat in mid-term elections last November.

“Florida is a leading indicator in terms of how the Republican Party is evolving on this issue,” Curbelo said. “And today, Gov. DeSantis courageously became a part of that evolution and he should be recognized for it. Florida will be better off thanks to his actions.”

But Sierra Club Florida Chapter Director Frank Jackalone said it was short-sighted of DeSantis not to put his climate resilience measures in context. “If you’re building the sea walls and doing nothing about the cause [of sea rise], then you have to come back 10 years later to build a sea wall again,” he said.