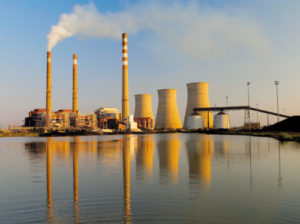 The United States closed 20 coal-fired power plants totalling more than 14 gigawatts (14 billion watts) of output in 2018, a year in which “shutdowns defined the industry’s year,” E&E News reports, in a dispatch picked up by the Institute for Energy Economics and Financial Analysis.

The total excluded plants that were idled but not officially shut down, or that converted from coal to natural gas.

“I think one of the major stories is there seems to be a watershed moment for utilities and their thinking about the future,” said Wood Mackenzie coal analyst Matt. “It seems that the utilities have embraced a carbonless future and proposed drastic emissions reductions. That is a huge turnaround in thinking.”

The shift occurred despite the support of the coal industry’s most avid booster, who made best efforts from his perch in the White House to stem the tide. After Donald Trump “tried and failed to subsidize faltering coal-burning facilities,” E&E notes, “utility coal consumption fell to a multi-decade low. And power companies announced ambitious plans to close coal plants early and slash carbon emissions.”

Meanwhile, a new study from Rice University says Texas may have the perfect conditions to eliminate coal-fired power generation entirely, even though the fuel currently supplies 25% of its power, the Houston Chronicle reports in another IEEFA summary.

“Scientists found that between wind energy from West Texas and the Gulf Coast, and solar energy across the state, Texas could meet a significant portion of its electricity demand from renewable power without extensive battery storage,” the Chronicle writes. “The reason: These sources generate power at different times of day, meaning that coordinating them could replace production from coal-fired plants.”

“There is nowhere else in the world better positioned to operate without coal than Texas is,” said report co-author Dan Cohan, associate professor of civil and environmental engineering at Rice. “Wind and solar are easily capable of picking up the slack.”

Coal’s share of the Texas electricity market has fallen from 36% in 2007 to 25% today, the Chronicle notes. “Last year, Vistra Energy of Dallas shut down three coal-fired plants in Texas, citing changing economics in the power industry that make it difficult for coal to compete.”