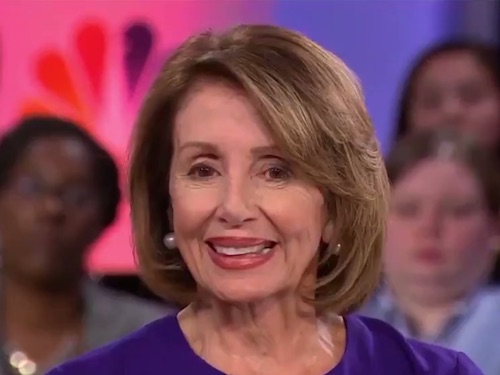 United States House Speaker Nancy Pelosi (D-CA) is vowing to table new legislation on climate change modelled on the cap-and-trade bill her caucus introduced and passed in 2009, only to have it die on the floor of the U.S. Senate.

“When I was speaker the first time, my flagship issue was climate,” she said last week. “We couldn’t pass in the Senate our climate bill, and we’ll be returning to that.”

The 2009 bill would have used a carbon cap-and-trade system to drive emissions down 17% from 2005 levels by 2020. “It was panned at the time by business groups like the U.S. Chamber of Commerce as an unrealistic approach that would harm the economy and kill jobs,” Bloomberg News recalls. But “consensus has been building over the past decade around an alternative approach: a tax on carbon with revenue distributed back to taxpayers. One approach advocated by lawmakers, including Florida Democratic Representative Ted Deutch, would apply a US$15-per-tonne carbon fee to the U.S. oil, gas, and coal industries, but rebate all of the revenue as a dividend to households to shield them from increased fossil fuel costs related to the carbon fee.”

In her inaugural address after being re-elected speaker last Thursday, Pelosi called climate change “the existential threat of our time”. She subsequently announced a reconstituted House Select Committee on Climate Crisis, though it seemed unlikely the panel would have the mandate or authority to pursue the Green New Deal advocated by progressives in the Democratic caucus.