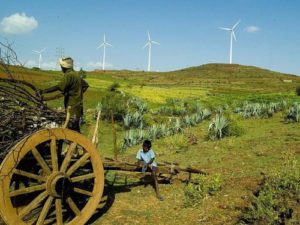 India has unveiled bold plans to procure an additional 500 gigawatts of renewable energy capacity by 2028, including 350 GW from solar and 140 from wind, with the objective of producing 40% of its electricity from non-fossil fuels by 2030.

“This figure excludes large hydro,” said Anand Kumar, secretary of the Ministry of New and Renewable Energy, in an appearance at the India-Norway Business Summit 2019 in New Delhi. “If we take large hydro into account, the figure will grow to 560 to 575 GW.”

The new target will mean issuing tenders for 30 GW of solar and 10 GW of wind each year.

With plans for 6.5% annual growth in gross domestic product (GDP), Kumar added that India’s electricity generation capacity will hit 840 GW by the end of next decade. The 75 GW of non-fossil generation already installed currently accounts for about 22% of the country’s installed capacity, and the country has another 46 GW at various stages of development.

“While the Indian government is looking at meeting 40% of electricity demand from non-fossil fuels by 2030, an all-renewable energy system in 2050 is technically possible and economically viable for India, with the levelized cost of electricity expected to fall from the current €58/MWh to €52 under one scenario in a recent report, and to €46 in another that included demand for power, water desalination, and non-energy industrial gas sectors,” PV Magazine reports. The study, by Finland’s Lappeenranta University of Technology, “stated the price of electricity in India would retreat further if subsidy schemes from the government were taken into account.”

But with national elections coming up, there’s some question about whether India’s renewable energy commitments will stand the test of time. “Prime Minister Narendra Modi has made solar power a central plank of his administration,” PV Mag notes. But “with traditional political force the Indian National Congress widely expected to eat into the big majority held by Modi’s Bharatiya Janata Party in this year’s general election, it is unclear whether a new government would place as much faith in the technology.”