Western Canadian Glaciers Could Decline 80% in the Next 50 Years 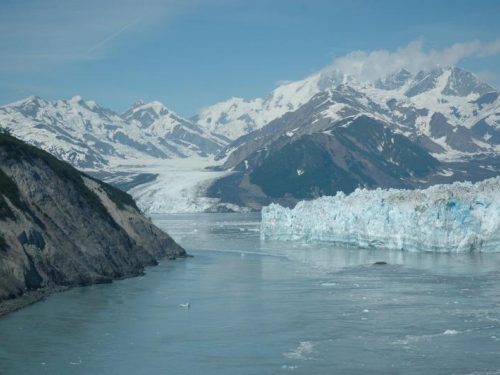 Alberta, British Columbia, and Yukon could lose up to 80% of their mountain glaciers over the next half-century, as rapid warming brings a combination of less snow and accelerated melting, according to one of the two lead authors behind Canada’s first-ever State of the Mountains report.

“Probably 80% of the mountain glaciers in Alberta and B.C. will disappear in the next 50 years,” Simon Fraser University ecology professor David Hik told The Canadian Press. That retreat would be the fastest in history, in a region that “is one of the hotspots for warming,” the news agency notes.

Already, the relatively small Peyto Glacier in Banff National Park has lost about 70% of its mass over the last 50 years, Hik said. Hik’s co-author, University of Alberta professor Zac Robinson, added that mountain glaciers “are showing the earliest and most dramatic signs of ice loss, and the St. Elias Mountains in Yukon are losing ice at the fastest rate,” CP reports.

“Yukon glaciers in the St. Elias ranges have lost approximately one-quarter of ice cover since the 1950s,” he said. Across western Canada, Hik said melting rates range from 25 to 70%, similar to the experience in the European Alps and the Andes.

He added that melting in the St. Elias glaciers alone led to sea level rise of 1.1 millimetres over the last 50 years. “That doesn’t seem like very much, but if you take the St. Elias Mountains, the Rocky Mountains and high Arctic mountains, the Himalayas-Hindu Kush, and the Andes and the Alps, and if you put all of those contributions together, it counts for one of the largest increases in sea level over the past decade.”

The melting leads to erosion and flooding in coastal areas, combined with drought elsewhere. “As glaciers recede, more water flows downhill, but the further the ice sheets retreat, the less water there is to go downstream and soon the area begins to dry,” CP explains.

“In places like the Kluane River in Yukon there is significantly more dust, because the valley that the river flows through is essentially dried out,” Hik said. The winds coming off the glacier spread that dust across the landscape, covering vegetation and potentially limiting photosynthesis. More broadly, “in some places you’ll have locally increased water availability, and in many, many, many places that water availability will be reduced.”

Robinson said mountain ecosystems’ rapid response to climatic changes make them a sentinel to be heeded, providing “an important glimpse into the future [that] can show us what’s coming down the line.”