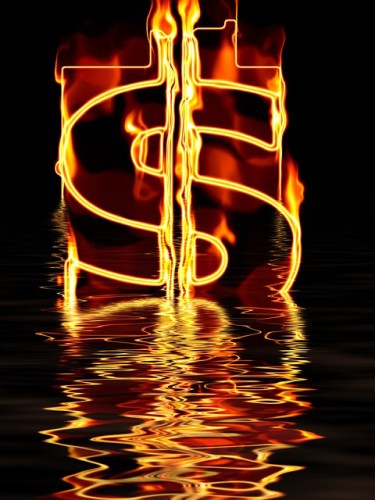 The global economy is on track for a financial crash several times the scale of the 2008 financial crisis if governments don’t drastically scale back greenhouse gas emissions and phase out all coal burning, a group of 415 institutional investors with a collective US$32 trillion in assets warned last week, during the United Nations climate change conference in Katowice, Poland.

The Global Investor Statement to COP 24 delegates came just days after a study in the journal Nature Climate Change concluded that up to 30% of the world’s “manageable assets”—including the money many people have been saving for their retirement—could be in jeopardy.

The investors’ intervention in Katowice involved “some of the world’s biggest pension funds, insurers, and asset managers and marks the largest such intervention to date,” The Guardian reports, with investment firm Schroders estimating the total losses at $23 trillion per year over the long term. “Climate change has already started to alter the functioning of our world,” the Standard & Poors rating agency stated.

Yet “the long-term nature of the challenge has, in our view, met a zombie-like response by many,” said Chris Newton, of IFM Investors, an $80 billion investment fund. “This is a recipe for disaster, as the impacts of climate change can be sudden, severe, and catastrophic.”

The investors also pointed to the opportunities countries leave behind when they continue to favour fossil projects and subsidies over the decarbonization. “The low-carbon economy presents numerous opportunities and investors who ignore the changing world do so at their own peril,” said New York State Comptroller Thomas DiNapoli, speaking for the $207-billion New York State Common Retirement Fund. “The low-carbon economy is the growth story of the 21st century and it is inclusive growth,” agreed veteran climate economist Lord Nicholas Stern, Chair of the Grantham Research Institute on Climate Change. “Without that story, we would not have got the 2015 Paris agreement, but the story has grown stronger and stronger and is really compelling now.”

Peter Damgaard Jensen, CEO of Danish pension fund PKA, spoke to the group’s call for a coal phaseout, noting that investors “are moving out of coal in their droves given its devastating effects on the climate and public health, compounded by its poor financial performance.” The group is also calling for an “economically meaningful” price on carbon of up to $100 per tonne over the next decade or two, in contrast to taxes generally below $10 per tonne that are already producing intense protests in countries like France.

“It failed to take people along with them, accompanying the policy with social measures to allow citizens to embrace the opportunities of the transition and ride out the challenges,” Camilla Born of climate think tank E3G said of France’s fuel tax.

Meanwhile, the Nature Climate Change study suggests businesses’ losses due to climate impacts could be at least 100 times higher than the tens of billions in climate risk that many of them already acknowledge. “The mismatch between those numbers could liquefy the money you’ve been saving for retirement,” Grist reports.

“It was just endlessly surprising, as I did the data analysis, to see all the ways that companies were being affected, and how they were adapting,” said lead author and Conservation International scientist Allie Goldstein.

“There’s real thought and creativity going into this, and coming up with an amazing diversity of solutions,” agreed Conservation International executive Will Turner. “That’s the positive. The negative is that it’s all incremental progress—it represents just a nascent understanding of the risks.”

The study pointed to Hewlett-Packard acknowledging $4 billion in losses from the 2011 monsoon flooding that shut down its hard drive manufacturing in Thailand, Samsung calculating $110 million in costs if a cyclone shut down one of its semiconductor factors for just a day, airlines preparing to carry fewer passengers and less baggage on extreme heat days, and rubber companies exploring synthetic alternatives. But while “some 83% of businesses said they faced real risks from climate change,” Grist notes, “only 21% had quantified those risks.”

Jaccard: Carbon Taxes are ‘Good Policy, Bad Politics’ When Regulations Do Most of the Work