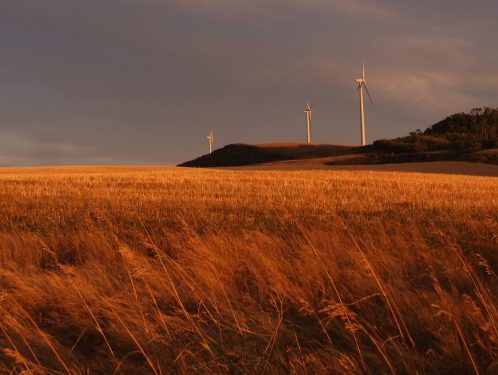 Private sector partners for the projects will include a division of Électricité de France “which had a string of contracts to build solar projects in Ontario cancelled recently,” National Observer reports. CBC says the projects will deliver electricity at an average price of 3.9¢ per kilowatt-hour, just a bit above the record 3.7¢ in Alberta’s 2017 renewable energy tender. The five, all expected to go online by mid-2021, include:

The projects will build on “our natural strengths as an energy province here in Alberta, in every sense of the word,” said Alberta Environment Minister Shannon Phillips. “For too long, Indigenous communities have been left out of the overall economic benefits of whatever the resource under consideration,” she added. “With this program, we are making sure that as we build on our traditional strengths in the new economy, we also have new opportunities for Indigenous peoples.”

Kainai First Nation Chief Roy Fox called the announcement “an opportunity to begin to benefit in some way from what is going on all around us,” adding that “for decades, First Nations have been left on the sidelines in the industries that have made Alberta so prosperous.” With this opportunity, “we’ve had to convince them, initially, that Indigenous people could very well be involved on the business side of the alternative energy sector,” he added. But provincial ministers Phillips, Richard Feehan, and Margaret McCuaig-Boyd “have helped us a bit,” and “we hope to be involved in many more projects.”

The results of the province’s latest auction “show that good policy design can help attract investment to the province,” and that “this is not a fad,” she said in a release. “Renewable energy continues to be the lowest-cost generation option for the province. These investments also mean more jobs and economic development opportunities for communities.”

Meanwhile, three years after Alberta announced its 100-megatonne “hard cap” on cumulative greenhouse gas emissions from the tar sands/oil sands (big loopholes notwithstanding), climate hawks are pointing out the province still hasn’t said what will happen when the industry approaches or exceeds the limit. “If they’re determined to do that, there’s no reason why it should take so much time,” said former Équiterre senior director Steven Guilbeault, who recently stepped down from the organization he co-founded and is now co-chair of a federal climate advisory panel.

“We’ve seen governments in Canada put in place climate policies—should they be a carbon tax or cap and trade—much more rapidly,” he told National Observer. “It does feel like the willingness that they initially showed has diminished substantially since.”