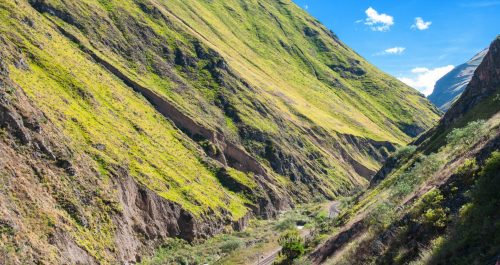 The man who will become Brazil’s president next month is cold-shouldering moves to tame the pace of climate change, leaving the Amazon in peril.

SÃO PAULO, 12 December, 2018 − The election of an extreme rightwing climate sceptic as president will leave the Amazon in peril as it radically alters Brazil’s position on climate change.

That process has already begun, with the cancellation of the outgoing president’s invitation to the United Nations to hold its 2019 climate talks, COP-25, in Brasilia.

President-elect Jair Bolsonaro is also threatening to withdraw from the Paris Agreement on tackling climate change, https://unfccc.int/process-and-meetings/the-paris-agreement/what-is-the-paris-agreement claiming that a plot exists to reduce Brazil’s sovereignty over the Amazon.

While he does not officially take office until 1 January, Bolsonaro has already significantly altered Brazil’s position by cancelling the present government’s offer to host COP-25 only days after it was officially made by the departing president, Michel Temer.

It was due to be confirmed at this year’s UN talks (COP-24) in the Polish city of Katowice. The COPs (meetings of the parties to the UN Framework Convention on Climate Change) are rotated between the world’s five regions, and 2019 was to be the turn of Latin America and the Caribbean.

For André Nahur, a biologist and the coordinator of WWF Brazil’s https://www.wwf.org.br/informacoes/english/ programme for climate change and energy, it is a sign that under Bolsonaro Brazil will abdicate its role as a leader in environmental questions.

He said: “Brazil has been a protagonist in international climate talks, exercising an important role in diplomatic efforts to reduce greenhouse gases … in order to achieve world targets. Brazil’s participation is vital, because at the moment it is the seventh largest producer of greenhouse gases.”

He added that the withdrawal of Brazil’s offer for COP-25 will affect the country’s economic development: “All scenarios show that in countries concerned with climate change, GDP has grown and generated jobs.”

The Climate Observatory, a Brazilian NGO (Observatório do Clima) http://www.observatoriodoclima.eco.br/nota-oc-sobre-desistencia-brasil-de-sediar-cop25-da-conferencia-clima-da-onu/ says Bolsonaro’s decision means that Brazil is abdicating its role in one of the few areas where the country is not just relevant but necessary.

“Ignoring the climate agenda, the government is also failing to protect the population affected by a growing number of extreme weather events. Unfortunately they do not stop happening just because some people doubt their causes,” he said.

Besides refusing to host COP-25, Bolsonaro has also indicated that he wants to withdraw Brazil from the Paris Agreement, invoking, to justify the move, the existence of a forgotten project once proposed by Gaia Colombia, known as the Triple A.

He said: “What is the ‘Triple A? It’s a big strip between the Andes, the Amazon and the Atlantic … The idea is to turn it into an ecological corridor.” This, says Bolsonaro, could result in Brazil losing its sovereignty over the area.

The ambitious plan for the corridor, covering over 500,000 square miles of rainforest, surfaced several years ago, and is credited to Martín von Hildebrand, founder of the Gaia Amazonas NGO, https://www.gaiaamazonas.org/en/ but it has never been taken seriously, and it is certainly no part of the Paris Agreement.

While the president-elect evoked a non-existent problem to justify his dislike of the Paris deal, French president Emmanuel Macron hinted at the real consequences for leaving the treaty, declaring: “I say clearly that I am not in favour of signing a trade deal with powers that do not respect the Paris agreement.”

Brazil’s new position also leaves it out of step with the BRICS, the group of five big emerging countries (Brazil, Russia, India, China and South Africa).

They produced a statement at the recent G20 meeting in Buenos Aires affirming their commitment to the “full implementation of the Paris Agreement, and the importance and urgency of guaranteeing funds for the Green Climate Fund”, to increase the developing countries’ capacity for mitigation and adaptation.

Bolsonaro has chosen as his foreign minister a diplomat, Ernesto Araujo, who scoffs at what he calls “climatism” and believes that US president Donald Trump is the saviour of the Christian values of the Western world, while globalisation is a communist plot.

If Brazil were just a small banana republic, this would not matter. But the South American giant, the fifth largest country in the world, in both size and population, and ninth largest economy, is too big to ignore, especially as it contains 60% of the Amazon rainforest, the world’s largest tropical forest.

But even before Bolsonaro officially takes office deforestation has soared, https://climatenewsnetwork.net/brazils-jair-bolsonaro-puts-amazon-at-risk/ hitting its highest level for a decade as loggers and landgrabbers anticipate a loosening of monitoring and enforcement.

Environmentalists fear that Brazil’s change of government could have disastrous consequences for the world’s climate. − Climate News Network