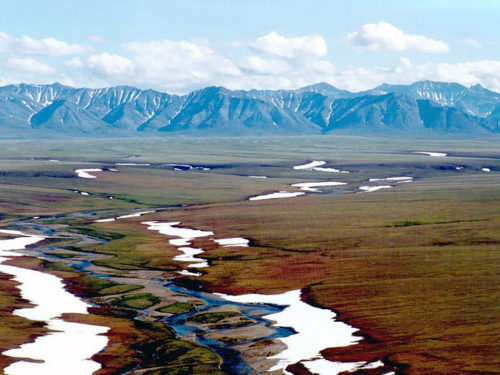 The Trump administration’s plan to lease parts of the western Arctic for oil and gas drilling has attracted bids on only 16 of 254 tracts made available in a recent Bureau of Land Management auction, turning the offer into a “major flop that shortchanged taxpayers,” according to the Center for American Progress (CAP).

The bids only brought in a total of US$1.5 million, just a fraction of what the government expected to raise. All told, ConocoPhillips, Emerald House, and Nordaq Energy “swooped up roughly 174,000 acres of the 2.85 million acres offered” from the National Petroleum Reserve in Alaska (NPR-A), “working out to an average of just $6.50 an acre,” EcoWatch reports.

U.S. government officials explained the embarrassing outcome by citing “a lack of access to the most promising areas as a reason for the modest bidding,” the Anchorage Daily News stated. But CAP tweeted that the auction results “show that the fiscal arguments—including promises of more than $1 billion, or bids of $1,000 per acre—made for drilling in the neighbouring Arctic National Wildlife Refuge were a complete scam.” The organization added that “taxpayers are being sold a false bill of goods in the Arctic Refuge, and stand to lose America’s last best wilderness in the process.”

Alaska Wilderness League Conservation Director Kristen Miller called the “bargain sale” on the western Arctic leases “just the next chapter in the current administration’s all-out push to sell off the Arctic for oil and gas development,” adding that “our public lands are worth more than that.”

It isn’t the first time the Trump administration’s enthusiasm for selling off conservation lands has exceeded fossils’ willingness to buy, EcoWatch notes. In October 2017, the government put up 900 tracts within the NPR-A totalling 10.3 million acres, with Interior Secretary Ryan Zinke boasting that “this large and unprecedented sale in Alaska will help achieve our goal of American Energy Dominance.” On auction day, fossils bid on seven tracts totalling $1.16 million.

“Once again, Secretary Zinke has tried to throw open the Alaskan Arctic to drilling, and once again the oil and gas industry said they weren’t interested,” said Center for Western Priorities Policy Director Jesse Prentice-Dunn. “Today’s underwhelming lease sale shows just how desperate the Trump administration is to mine and drill our public lands, regardless of how pristine those places may be.”