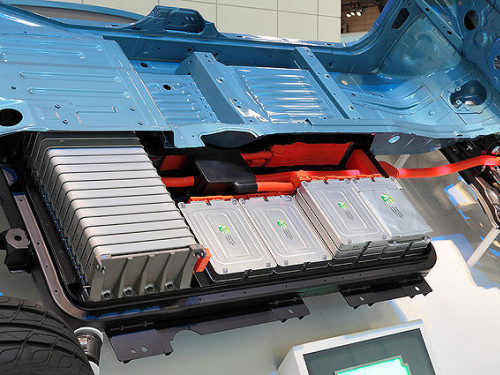 German automotive giant Daimler is planning to spend more than €20 billion on battery cells through 2030 as it prepares for the rise of hybrid and fully electric vehicles.

“With extensive orders for battery cells until the year 2030, we set another important milestone for the electrification of our future electric vehicles,” said Wilko Stark, vice president of procurement and supplier quality at Mercedes-Benz Cars.

The company “plans to launch 130 electric and hybrid vehicles by 2022 in addition to making electric vans, buses, and trucks,” Reuters reports. While Daimler declined to identify its suppliers for the battery buys, the news agency says the company already has working relationships with LG Chem, SK Innovation in South Korea, and Contemporary Amperex Technology in China.

“Daimler said it was expanding its competence in battery cell research and working on next generation batteries to cut its dependence on costly rare earth minerals including cobalt, which is mainly sourced from war-torn Democratic Republic of Congo,” Reuters states. While the Mercedes EQ electric car will use a battery that contains 60% nickel, 20% manganese, and 20% cobalt when it launches in 2019, the company is aiming for an 80/10/10% split in future models.

“Our engineers are also working on a ratio with 90% nickel, 5% manganese, 5% cobalt in order to reduce the amount of rare earth metals even further,” Daimler reported. The stretch goal is to pivot to solid state batteries that require no cobalt at all.