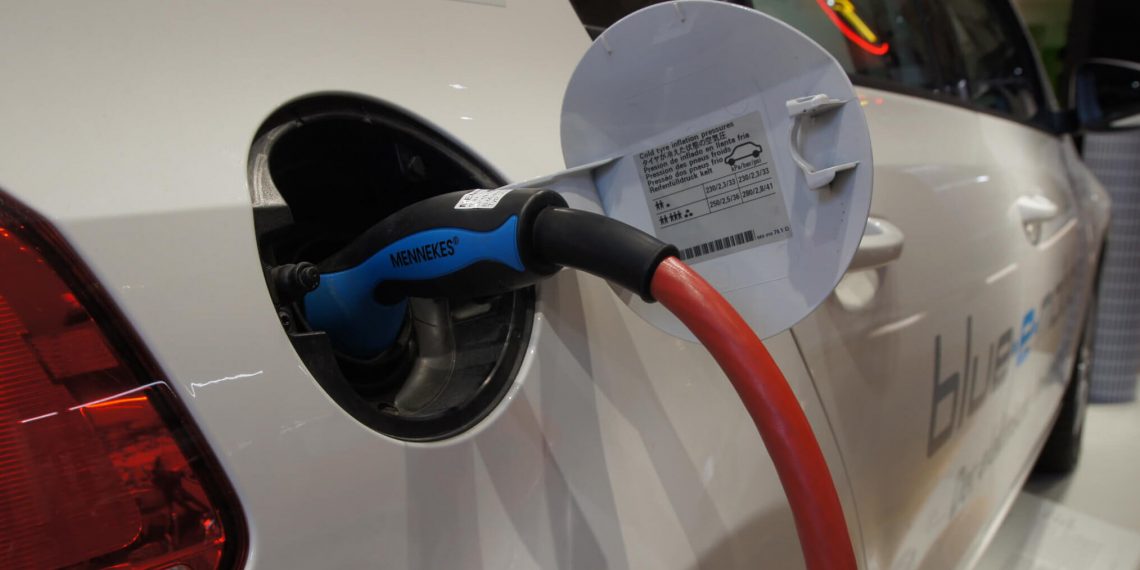 The shape of VW’s future? Refuelling one of its electric vehicles. Image: By Kolossos

Reputation and public confidence in your products are vital for global corporations, especially for one of the world’s biggest carmakers – hence VW’s electric spurt.

LONDON, 10 December, 2018 – As part of what it says is its commitment to tackling climate change, VW, the German auto giant, is embarking on an electric spurt, pressing ahead with plans aimed at producing more than a million electric cars a year by 2025.

In the vanguard of VW’s push into electric vehicles is the company’s plant at Zwickau, in the east of Germany, where an entire factory that once produced petrol and diesel car models is being converted to solely manufacturing electrically powered vehicles.

VW says that by the end of 2019 mass production of the ID, its new electric model, will begin at Zwickau; the aim is to eventually manufacture up to 330,000 electric models a year at the plant.

“With our electric cars we want to make a substantial contribution to climate protection”, says Thomas Ulbrich, head of the company’s electric car division.

“The global automotive industry is experiencing a process of fundamental structural change.

“Efficient, modern production facilities will be the key. In one year, this plant will become the starting point for our global electric offensive.”

Ulbrich says the aim is to take electric cars out of their niche and produce cars that will be affordable to millions – similar to the way the VW Beetle became popular around the globe.

VW says it’s investing about €1.2 billion in altering production facilities at Zwickau, where more than 7,500 people are employed. The company is also creating electric car plants elsewhere, including two in China – one near Shanghai and the other at Foshan in the south of the country.

VW, by some measures the world’s biggest carmaker, has been struggling to repair its image after the company was forced in 2015 to admit it had sold nearly 600,000 cars in the US which had been fitted with special devices designed to circumvent emissions regulations and falsify exhaust gas tests.

“In one year, this plant will become the starting point for our global electric offensive”

The gases – nitric oxide and nitrogen dioxide – not only contribute to global warming but create pollution as well and can lead to health problems.

VW admitted that its engineers had designed a software system for its cars sold in the US which switched emissions controls on when vehicles were being tested and off during normal driving.

A number of other car producers, including the Japanese/French conglomerate Mitsubishi, have admitted falsifying various data relating to vehicle performance.

In the latest twist in the VW scandal, US prosecutors have alleged that what they describe as an “appalling fraud” was authorised by those at the very top of the company, with a former CEO involved.

To date, it’s estimated VW has paid out approximately US$25 bn in damages in relation to the emissions case. Court actions are ongoing with investors in VW who claim to have lost money over the scandal also suing the company. – Climate News Network

Extinction toll may be far worse than thought