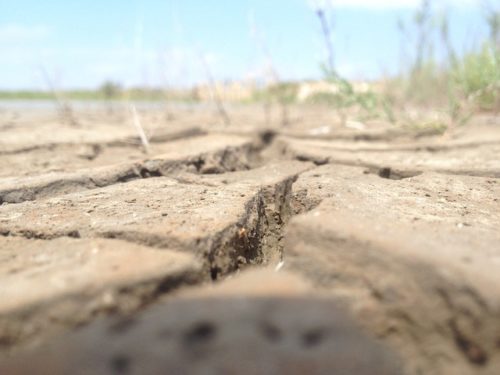 As the first week of this year’s United Nations climate change conference (COP 24) drew to a close in Katowice, Poland with many serious, substantive issues still to be negotiated, debate ground down Saturday night on a decision that should have been easy—whether the world’s governments should actually “welcome” the landmark 1.5°C pathways report they commissioned from the Intergovernmental Panel on Climate Change in 2015, or simply note that it had been produced.
To most anyone outside the COP bubble, the answer should have been simple enough: Accept the report, and get on with the urgent action it demands. But with petro-states Saudi Arabia, Kuwait, Russia, and the United States obstructing the decision, delegates were left to simply “note” the report’s arrival after chewing up valuable negotiating time on a matter of semantics.

“The dispute dragged on as huddles of negotiators met in corners of the plenary session here, trying to agree a compromise wording,” the BCC reports. “None was forthcoming.” So “with no consensus, under UN rules the passage of text had to be dropped,” to the frustration and disappointment of many negotiators.

“I think it was a key moment,” said Union of Concerned Scientists Policy Director Alden Meyer. “The fact that a group of four countries was trying to diminish the value and importance of a scientific report they themselves, with all other countries, requested three years ago in Paris is pretty remarkable.”

“The United States was willing to note the report and express appreciation to the scientists who developed it, but not to welcome it, as that would denote endorsement of the report,” the State Department said in a statement. “As we have made clear in the IPCC and other bodies, the United States has not endorsed the findings of the report.”

“It’s not about one word or another, it is us being in a position to welcome a report we commissioned in the first place,” said St. Kitts and Nevis negotiator Ruenna Haynes. “If there is anything ludicrous about the discussion, it’s that we can’t welcome the report.”

“We are really angry and find it atrocious that some countries dismiss the messages and the consequences that we are facing, by not accepting what is unequivocal and not acting upon it,” said former UK negotiator Yamide Dagnet, now working with the World Resources Institute. “We hope that the rest of the world will rally and we get a decisive response to the report.”

“Climate science is not a political football,” agreed Camilla Born of UK climate think tank E3G. “All the world’s governments—Saudi included—agreed the 1.5°C, report and we deserve the truth. Saudi can’t argue with physics. The climate will keep on changing.”

With the faux controversy over the 1.5°C report taking up more discussion time than it warranted, the Associated Press reports on a cluster of more substantive issues where splits among COP delegates appear to be deepening. Key issues include the degree of flexibility the Paris rule book will allow for developing countries to report progress toward their Paris Agreement targets, oil exporters’ objections to identifying specific pathways to a 1.5°C future, and continuing, deep disagreements on climate finance. “It’s going to be a big challenge,” said Amjad Abdulla, chief negotiator for the Alliance of Small Island States. “We are going to forward the sticky issues to next week.”

The New York Times also points to the continuing trade war between United States and China as a source of tension that could spill over into the talks in Katowice. “They have the largest carbon footprints,” the Times reports. “Also the largest economies. Now, as diplomats meet in Poland for high-stakes climate negotiations, a pitched standoff between the United States and China threatens to slow global action on climate change precisely at a time when the risks of catastrophe are accelerating.”

In its thrice-weekly COP newsletter, CANRaction, Climate Action Network-Canada reports that “it isn’t unusual for a COP to reach a point where negotiations bog down. Traditionally, those logjams are broken when the COP Presidency steps in with strong guidance toward a solution. There’s been a lot of anxiety about the host country’s capacity to play that role this year,” given Poland’s deep-seated hostility to climate action—and to more than a dozen COP delegates who were either blocked at the border, deported, or in two cases, detained all day Saturday by police.

In a bid to fill that gap, “the presiding officers and co-chairs of the COP have really stepped up, and it’s also been tremendously heartening to see some heads of delegation do the same thing, meeting daily to review progress and do the essential, painstaking work of building bridges among competing interests,” CANRaction notes. “In trying to get the outcome we need from a very challenging COP, Canada has shown up well, playing an active and constructive role in the negotiations.” [Disclosure: The Energy Mix publisher Mitchell Beer is producing CANRaction on behalf of CAN-Rac.]

Outside the negotiating rooms, 414 global investors representing US$31 trillion in assets have become the largest institutional investment group every to call for faster, more urgent action on climate change. In a Global Investor Statement they plan to circulate during the ministerial sessions this week, the investors “say they are deeply concerned about the ‘ambition gap’ that exists between governments’ commitments and what is needed to limit the global temperature increase to well below 2°C above pre-industrial levels,” The Guardian reports. “They say that gap is increasing the physical risks from climate change and hampering investors’ ability to properly allocate trillions of dollars needed to support the much-needed transition to a low-carbon economy.”

The legendary Polish trade union federation Solidarność signed a joint climate denial declaration with the fossil-funded U.S. Heartland Institute, DeSmog UK documented the wider presence of anti-science disinformation at the COP, and Polish climate activists gave tours of the pro-fossil greenwashing going on at the official venue for the conference. Climate Action Network-International landed on the front page of a Tunisian newspaper after bestowing its coveted Fossil of the Day award on Saudi Arabia and Kuwait, and on a more serious note, called out the Polish government for its egregious treatment of civil society representatives intending to attend the COP.

“The fact that these are not isolated instances is extremely worrying, and we view the actions by the Polish border authorities in an extremely serious light,” said Interim Executive Director Stephan Singer. “The full and effective participation by civil society is entrenched in the [UN Framework Convention on Climate Change] and, in fact, is imperative in our efforts to urgently transition to a new climate regime.”

“We strongly condemn the denial of entry and deportation of colleagues who have not been allowed into Poland in order to take part in COP 24,” added 350.org Executive Director May Boeve. “From what we understand, the reasons for refusing entry are due to allegations that they are a ‘threat to national security.’ These staff members and volunteers are individuals committed to tackling the climate crisis the world faces through campaigning for sustainable solutions.”

Boeve added that “the biggest threat that we face to our international and national security is that of not tackling the climate crisis and taking the urgent and necessary action to leave fossil fuels in the ground now.”