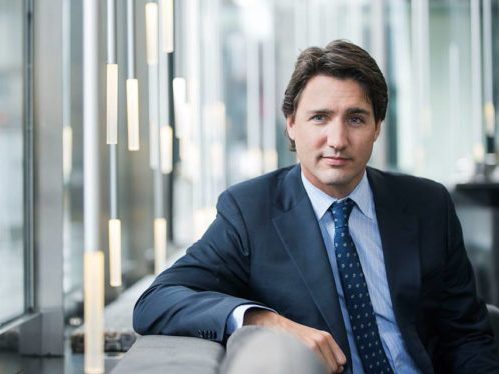 Globe and Mail European Bureau Chief Eric Reguly is branding Prime Minister Justin Trudeau a winner in the climate hypocrisy sweepstakes, in a blistering opinion piece that puts the PM’s climate advocacy side by side with his government’s full-scale support for bitumen pipelines and liquefied natural gas megaprojects.

“Climate change is a clear and present danger, he says. Left unchecked, it will have dire consequences for the environment, the global economy, and humanity itself,” Reguly writes. “In came plans for a carbon tax, which is now being imposed on any province without its own emissions pricing,” with rebate cheques due to begin hitting Canadians’ mailboxes next year.

“So far, so good,” Reguly writes. “But now look at what’s happening.”

Ottawa approved the Trans Mountain pipeline expansion less than a year after signing the Paris Agreement, then bought the pipeline out after Kinder Morgan abandoned the project. Along the way, Trudeau told a fossil audience in Houston that “there isn’t a country in the world that would find billions of barrels of oil and leave it in the ground while there is a market for it.”

Then, “in yet another Jekyll-and-Hyde moment in Trudeau’s initiatives on the climate file, he came out in support of the C$40-billion LNG Canada project in October,” Reguly writes. “Owned by a consortium of oil and gas companies led by Royal Dutch Shell, the project will take gas from the Montney fields on the Alberta-B.C. border and send it by pipeline to a terminal near Kitimat, BC, where it will be turned into liquefied natural gas and shipped to Asia.”

The problem with that, he explains, is that LNG Canada “is a carbon hog” that threatens British Columbia’s greenhouse gas reduction targets at best, or will “blow the province’s entire carbon budget” at worst. Reguly cites figures from Marc Lee, senior economist at the Canadian Centre for Policy Alternatives, that show the project consuming 23 to 31% of B.C.’s carbon budget by 2030, 69 to 92% by 2050.

“When then prime minister Stephen Harper yanked Canada from the Kyoto climate accord in 2011, environmentalists labelled him a fossil,” Reguly concludes. “Perhaps, but he wasn’t a hypocrite. He knew Canada had zero chance of meeting carbon reduction targets as long as it remained a resources-based economy, and he was right. Trudeau is promising a greener future, but his enthusiasm for carbon-intensive projects belies that image. Canada is still part of the global warming problem.”