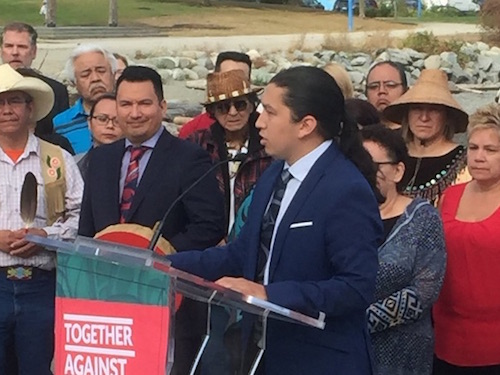 The Squamish Nation in British Columbia is signing a C$1.1-billion impact benefit agreement with the Woodfibre LNG liquefied natural project, following what the Squamish Chief describes as a “tight 8-6 decision” in favour of the deal.

The community publication says it confirmed details of the deal with Squamish Nation councillor and spokesperson Khelsilem (Dustin Rivers). Economic benefits include:

• $872.4 million in contracts made available to qualified businesses belonging to the Nation or its members;

• $3 million for “cultural and environmental legacies”.

• A 422-hectare land deal, in which nine parcels will be transferred to the community for housing and economic development;

• Five leases throughout Howe Sound that the Nation will receive for “cultural use”.

On Friday, Khelsilem told media he had voted against the decision he must now represent as community spokesperson. “One of the challenges I personally have, and a lot of First Nations have around these projects, is just the way we’re set up,” he said. But “our people and our leaders feel like we need to do at least our best to ensure there are some protections and that our hands are on the wheel in this, and I think that’s a reasonable opinion.”

That position “is emblematic of the complexity of the Squamish Nation’s decision, which featured opposition to the resource development because of environmental concerns, but also a strong desire to exert maximum influence over a project in their territory,” the Vancouver Sun reports. The deal ultimately obliged Woodfibre, Fortis, and the province “to meet additional conditions set by the Squamish, which Khelsilem said puts his community at the forefront of Canada’s shifting legal landscape with respect to government relations with Indigenous communities.”