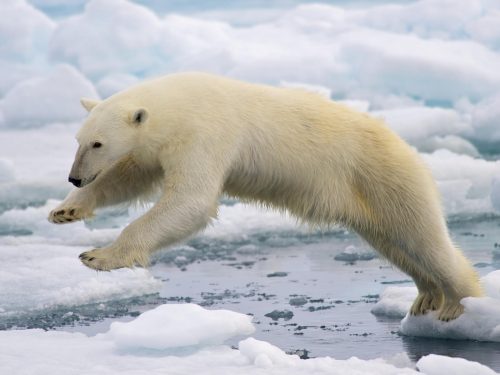 One-third of Canadians still question whether climate change is caused by human activity, even though nearly two-thirds of United States Republicans now acknowledge that climate change is taking place, according to two recent polls released by the Angus Reid Institute in Canada and Monmouth University in the U.S.

In Canada, differences in perspective are driven largely by “age and political ideology,” Angus Reid reports, with 18- to 34-year-olds giving the climate crisis “a heightened sense of gravity” and older age groups less convinced.

“A full majority of all age and gender cohorts in this country express agreement that climate change is a fact and mostly caused by human activity, though men over the age of 35 are more inclined to believe that changes are natural,” the institute states.

The other breakpoint is political leaning, the survey found: “While more than four in five past Liberal and New Democrat voters believe climate change is a fact (81% and 85% respectively), this drops to just one-third of those who voted for the Conservative party in 2015.”

• 90% of Canadians—including 71% of Conservative voters, 95% of Liberals, and 96% of New Democrats—believe global temperatures are rising.

• Three-quarters of Canadians believe climate change can be addressed, but only 61% across the country, 80% in Quebec, believe there’s anything they can personally do about it.

In the U.S., meanwhile, Monmouth found that 64% of Republicans now recognize the reality of climate change, up from just 49% in 2015, The Hill reports. That understanding also came back from 92% of Democrats and 78% of registered Independents, up from 85% and 74% three years ago.

“Just over half of Americans surveyed—54%—said climate change is ‘very serious,’” compared to 41% three years, ago, “while 17% say the problem is ‘somewhat’ serious,’” The Hill states. Coastal residents were 17% more likely than people living inland to fall into the “very serious” category.

Greenpeace Energy Co-op Offers to Buy Germany’s Lignite Mines, Shut Them Down by 2025