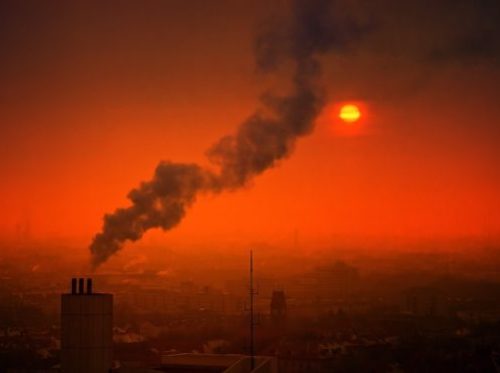 Three recent studies pointing to the urgent need for climate action still underestimate the risk of “self-reinforcing feedbacks” that will begin rapidly warming the atmosphere before human efforts at decarbonization can have an impact, two senior Washington, DC policy advocates argue in a post for The Hill.

The three publications—the United Nations’ latest Emissions Gap report, the U.S. National Climate Assessment, and the IPCC’s landmark report on 1.5°C pathways—“ ring an alarm bell of historic proportions, and must serve as an unprecedented wake-up call to the U.S. and global leaders” as they gather in Katowice, Poland this week for COP 24, write Paul Bledsoe of the Progressive Policy Institute and Durwood Zaelke of the Institute for Governance and Sustainable Development.

“Yet, even as exigent as they are, these studies still underestimate the risks of runaway, catastrophic climate change.”

Bledsoe and Zaelke point to the mid-summer Hothouse Earth report as a measure of the risks that lie ahead without a more urgent, ambitious response to the climate crisis.

“These cascading, self-reinforcing feedbacks include the loss of the Arctic’s sea ice, which currently serves as a shield, reflecting heat back into the atmosphere, but is increasingly being melted into water that absorbs heat,” they write. “The loss of this sea ice would add tremendous additional warming to the Arctic, which is already warming by at least twice the global average rate. This, in turn, would accelerate the collapse of permafrost and release methane, a super climate pollutant more than 30 times more potent in causing warming than carbon dioxide.”

Bledoe and Zaelke acknowledge that the three most recent reports strike a tone of urgency—and the IPCC release has been a powerful catalyst for awareness and action. But they “all largely ignore such feedbacks, leaving populations and world leaders not appropriately warned about the cluster of similar climate tipping points anticipated to occur between today’s temperatures and an increase to 1.5°C over pre-industrial levels,” much less 2.0°C or higher.