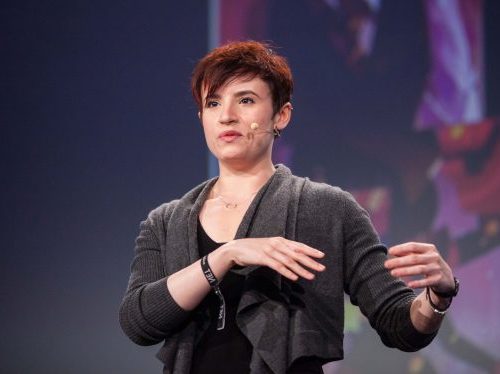 UK journalist Laurie Penny wasn’t scheduled to discuss climate change when she refused to appear just ahead of white supremacist provocateur Steve Bannon at an event organized by The Economist earlier this year. But her reasoning holds lessons for anyone who still feels a duty or a compulsion to engage in endless debate with climate deniers.

The belief that a great argument can compete with good theatre is one of those “stupid mistakes that only very smart people make,” Penny argues on Longreads.

“Every day, people on the Internet ask why I won’t ‘debate’ some self-actualizing gig-economy fascist or other, as if formal, public debate were the only way to steer public conversation,” she writes. “If you won’t debate, the argument goes, you’re an enemy of free speech. You’re basically no better than a Nazi, and certainly far worse than any of the actual Nazis muttering about not being allowed to preach racism from prestigious pulpits. Well-meaning liberals insist that ‘sunlight is the best disinfectant,’ anti-fascists disagree, the far right orders more popcorn, and round and round we go on the haunted carousel of western liberal thought until we’re all queasy.”

So when The Economist scheduled Bannon for a keynote interview right after a panel on the future of #MeToo, where Penny was scheduled to appear with two other journalists, she refused. “I’ve spent much of the past five years hearing out and attempting to debate people like Bannon, and in my experience it only emboldens and legitimizes them. As far as I am concerned, I am not interested in hearing those arguments again,” she wrote.

“There is a very small minority of cases in which it is justified to refuse to participate on a platform alongside a person because they explicitly and deliberately advocate hatred and harm to groups of people on the basis of their race, sex, religion, or other characteristics,” agreed one of the other panelists, journalist Laura Bates. “It is my belief that Steve Bannon meets this high standard.”

Penny traces an over-the-top reaction to her decision, and a stylized response from Bannon’s defenders, that won’t sound unfamiliar to climate hawks who’ve either tried to engage with deniers or refused to do so. She says the problem is not only with the interaction, but with the medium itself.

“Personally, I prefer an exchange of ideas that is less hierarchical and performative, because I’ve found that a lot of the people whose voices matter most are people who don’t put themselves forward as spokespeople, if they are invited at all,” she writes. “Or written dialogue, because it gives all parties more time to think and reflect. Or any format where good ideas are what count, not how good you are at showboating and humiliating the other guy.”

And far from being interested in honest debate, “the far right does not respect the free and liberal exchange of ideas. It is not open to compromise, and it does not want a debate. It wants power,” Penny contends.

Which is why a speaker like Bannon “exploits the values of the liberal establishment by offering an impossible choice: betray their stated principles (free, open debate) or dignify fascism and white supremacy. This weaponizes tolerance to legitimize intolerance. If we deny racists a platform, they feed off the appearance of censorship, but if we give them a platform, they’ve also won by being respectfully invited into the penumbra of mainstream legitimacy. Either way, what matters to them is not debate, but airtime and attention.”