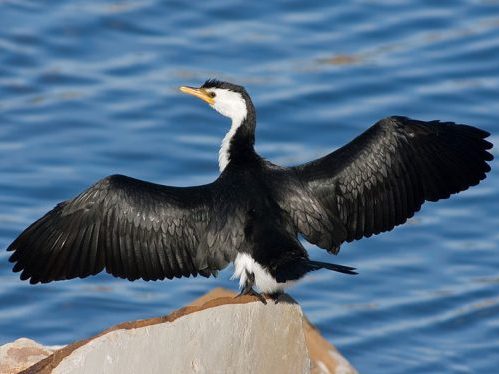 “While no oil has been spotted since three days after the spill, there’s no guarantee the ordeal is over,” iPolitics reports. “That’s because the connector on the subsea flow line from which the oil was released on November 16 is still open,” about 115 metres below the floating production, storage and offloading (FPSO) vessel.

Production on the SeaRose is still shut down, and “as long as no one disturbs it, I’m not expecting any oil to come out,” said Husky Senior Vice-President Trevor Pritchard. “But I’ll never say never. There is an open end at the moment.”

Husky still wants to salvage the connector to figure out why it failed, iPolitics states. But meanwhile, on top of a “barrage of criticism” calling for an independent offshore safety and environmental authority to replace industry self-regulation in the offshore, the Canadian Wildlife Service is working to develop a “robust and defensible mortality estimate” for seabirds affected by the spill, said biologist Dr. Sabina Wilhelm.

“That includes the Grand Banks and area fields, because we know it’s a high-risk area for birds,” she said.

iPolitics reporter Holly Lake notes that the 2004 Terra Nova spill off the Newfoundland coast killed 10,000 to 100,000 seabirds, but the SeaRose spill is much larger. She asked Wilhelm whether that difference would be reflected in the number of dead birds.

“I was waiting for someone to ask me that,” Wilhelm responded. “I can’t speculate on that yet, but spill volume doesn’t necessarily relate to the number of seabirds affected,” since a small spill in an area dense with birds can do more damage than a larger spill in a less dense area.

“What’s interesting about this spill is that the sea state was so high, the spill didn’t persist as long as the Terra Nova. It’s bigger volumes, but it could very well be that this dissipated more quickly, and that this footprint we’re looking for could be smaller.”

But Memorial University seabird ecologist Ian Jones said the “pulverized goop” produced when severe wind and waves mixed the oil with water would be several times the volume of the original crude, and sticky. Lake compares the consistency to “a homemade salad dressing in a Mason jar.”

“That’s particularly dangerous for seabirds,” Jones said. “They depend on their waterproof feathers to survive in this harsh environment, which is exactly what this oil attacks. Once their feathers are compromised, they’re chilled. Then they’re desperately trying to stay alive over a number of days, ultimately succumbing to a combination of exhaustion and drowning.”

Jones added he was surprised searchers found any oiled birds in the rough seas—but trying to save them would be futile.

“It’s a public relations exercise,” Jones said. “By the time an oiled bird is weak enough for you to grab it, it’s probably gone too far.”

Memorial University marine ecologist Paul Snelgrove added that the impacts of the spill would go far beyond the seabirds that are the most visible face of the incident. “The potential impact is quite broad,” he said, extending to spawning larvae, fish that might ingest the oil, and the kind of organisms on the sea floor that were affected by the Deepwater Horizon spill in the Gulf of Mexico in 2010.

“The impact on corals was not immediately obvious, but their skeletons were compromised by the oil, and they became more brittle and likely to break,” Snelgrove said.

NEB’s ‘Redo’ Could Land Trans Mountain Project Back in Court