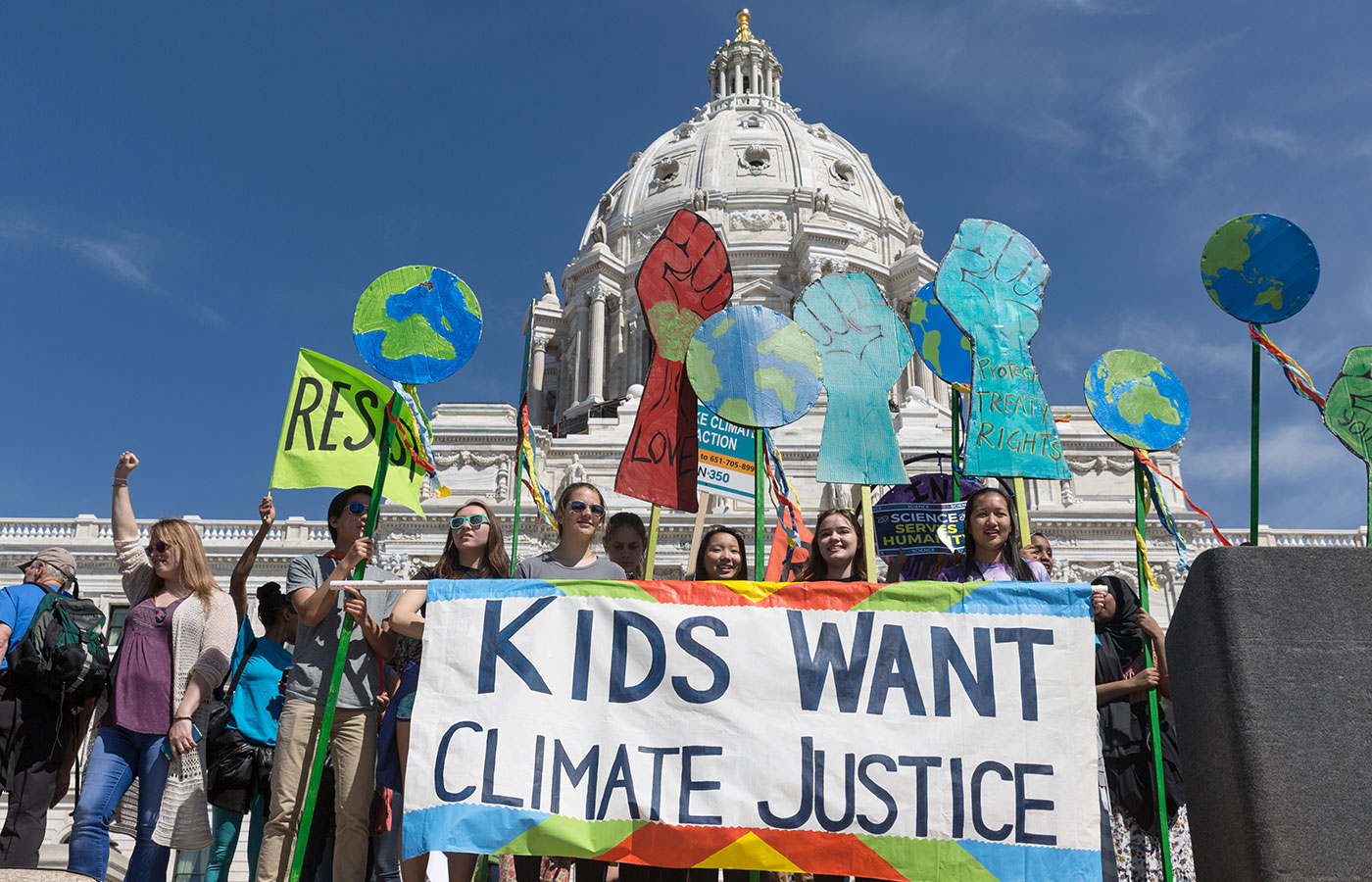 2018 saw an uptick in legal action on climate change, with citizens, cities, and states turning to the courts to push for faster government action to cut greenhouse gas emissions or hold fossil companies accountable for their outsized role in bringing about the climate crisis.

In a landmark decision that had climate hawks around much of the world hoping for a precedent, an appeal court in the Netherlands upheld a lower court order calling for faster emissions cuts by the national government. Courts in Germany ordered three cities to consider banning high-polluting diesel vehicles and temporarily protected a remnant of the 12,000-year-old Hambach Forest from an open-cast coal mine. A report found that more than 80 climate-related lawsuits had landed in U.S. courtrooms in 2017.

The Rise of Climate Attribution Litigation

Legal campaigners built on the emergence of climate impact attribution studies in 2017 as a possible tool for holding fossils, other businesses, and governments accountable for climate impacts by pinpointing the role of major emitters in climate disasters. In mid-May, the U.S. National Academies of Sciences, Engineering, and Medicine said time will tell how well attribution science fares in court. But by then, District Court Judge William Alsup had upheld two California cities’ right to attempt to sue carbon polluters in federal court. Alsup ultimately ruled against the cities, dealing “the first major blow to the wave of climate suits that have been filed by communities across the country over the past year,” Climate Liability News reported. But before concluding that it was up to elected legislators, not an unelected judge, to decide whether the world is better off without oil, Alsup held what amounted to a climate science seminar in his courtroom, in what Michael Burger, Executive Director of Columbia University’s Sabin Center for Climate Change Law, called “the closest that we have seen to a trial on climate science in the United States to date.”

In Canada, West Coast Environmental Law (WCEL) and the Georgia Strait Alliance were satisfied with the near-miss when a proposal to send municipal climate accountability letters to 20 colossal fossils earned the support of 47.8% of local officials at the Union of B.C. Municipalities. While “we narrowly lost the vote,” wrote WCEL staff lawyer Andrew Gage, “I felt surprisingly good about it” given the quick pace at which the proposal gained support. WCEL also released a legal tookit for campaigners opposed to the Trans Mountain pipeline expansion.

Legal Action from All Directions

Rhode Island became the first U.S. state to sue fossils for climate impacts; Colorado filed against ExxonMobil and Suncor; and New York City launched a claim against five giant fossil producers for their role in Hurricane Sandy, “a tragedy wrought by the actions of the fossil fuel companies” that left 44 dead and US$19 billion in damage after it stormed ashore in October 2012.

Later in the year, New York State filed suit against ExxonMobil, claiming that America’s biggest oil company had misled investors about its management of climate risk. District Court Judge Valerie Caproni had previously accused Exxon of “running roughshod over the adage that the best defence is a good offence” with its claim that New York and Massachusetts were violating its free speech rights by probing whether it had misled investors. A bipartisan group in the United States proposed a carbon tax deal that would have protected fossils from future climate liability.

Dutch journalist Jelmer Mommers discovered that Royal Dutch Shell understood the urgency of climate change as far back as 1988. In mid-November, U.S. crab fishers sued 30 fossils, including Calgary-based Encana Corporation, in a bid to hold them accountable for “significant economic losses” due to ocean warming off California and Oregon.

Fourteen U.S. states sued the Environmental Protection Agency to enforce its methane control regulations, 19 states threatened legal action after the Trump administration moved to roll back tailpipe emission standards, and Colorado’s oil and gas regulator faced an environmental lawsuit from a poor, mostly Hispanic neighbourhood in the city of Greeley.

A Quebec village defeated a lawsuit that would have prevented it from protecting its water supply from fossil exploration. South Portland, Maine, won a landmark case upholding a local anti-pipeline ordinance, and anti-pipeline campaigners found out to their dismay that when they win in court, U.S. regulators just change the rules. Montreal-based ENvironnement JEUnesse (ENJEU) opened a class action suit on behalf of Quebec youth aged 35 and under, taking Ottawa to task for its inadequate plan to combat climate change.

The Trump administration continued its feverish effort to keep the 21 youth plaintiffs behind Juliana v. United States out of court. After the White House lost a bid to quash the case in March, the trial was scheduled for October 29. The plaintiffs bought their train tickets to Eugene, Oregon, only to be held up again by additional court challenges.

Youth in Colombia took their government to court for failing to protect their future, and eight youth plaintiffs filed suit in mid-April against Florida’s climate-denying governor, Rick Scott.