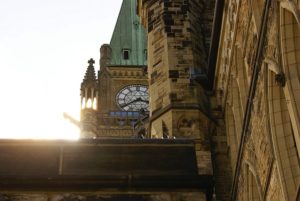 A Supreme Court decision earlier this month could open the door for a more unified approach to sustainable finance and low-carbon growth, by allowing Canada to set up a single, national regulator for publicly-traded securities.

The decision follows an epic, 80-year battle for control between successive federal and provincial governments. Canada is the only G20 country without a national securities regulator.

“A centralized securities regulator is intended to replace the current patchwork of provincial and territorial regulators to better assess and minimize systemic risk in capital markets, as well as improve enforcement,” CBC explains. “It will make securities rules more consistent across the country and cut through reams of overlapping red tape for businesses.”

CBC cites climate risk disclosure and gender diversity as two areas where a national regulator could make an early mark.

“Corporate disclosure—especially climate-related information—released by public companies is increasingly coming under closer scrutiny from international regulators as the global financial system realigns with sustainable development,” the national broadcaster notes, citing the recommendations in the 2017 report by the Task Force on Climate-related Financial Disclosure (TCFD).

“Canada has attempted to build on the international sustainable finance recommendations and find ways to adapt them to its own capital markets. Currently, public companies in Canada are required to disclose material risks, although not specifically identify climate change, in their regulatory filings.”

But until now, actual oversight of capital markets has been a provincial responsibility. “With a pan-Canadian regulator, the prospects of creating uniform national rules that would put this country in lockstep with its international peers in a timely manner could be vastly improved.”