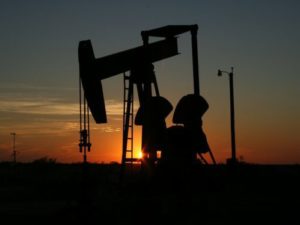 In what reads like an overheated Atlas Shrugged moment, a fossil advocate is advising the Canadian oilpatch to “take a page from the CUPW playbook” and declare a rotating strike to get fast attention from the federal government.

JWN Energy publisher Bill Whitelaw says the industry should launch a series of National No-Hydrocarbon Days in Toronto, Montreal, and Vancouver on July 1, 2019.

“It will be the day the oil and gas sector disconnects itself from Canadians in key areas around the country,” Whitelaw writes. “Deliberately. Starting with the gas tank.”

Taking the kind of action he advocates will hurt the fossil industry it’s intended to help, Whitelaw concedes. “But what’s another bruise when you’re already black and blue all over?” he asks. “We need a day when, literally, parts of country grind to a halt. Be bold: even take out public transit where possible.”

All on the premise that “we need something designed deliberately to hit both anti-energy and complacent Canadians where it hurts: their energy-entitled lives.”

Whitelaw says he wants to target two groups of Canadians—those who don’t care about the fossil industry’s travails, and those who “don’t know enough to care that the [fossil] energy sector is on its knees”. That’s in a country that just bought fossils a C$13.8-billion pipeline, postponedregulations to control the industry’s climate-busting methane emissions despite alarming new research on their total output, pays out fossil subsidies estimated at $3.3 billion per year by the International Institute for Sustainable Development and $46 billion by the notoriously radical International Monetary Fund, posted the highest per capita greenhouse gas emissions of any G20 country, and was named one of the three countries whose climate policies would put the world on track to more than 5.0°C average global warming if every other government followed their civilization-ending example.

Against those realities, Whitelaw sees the majority of citizens beset by a “malignant combination of ignorance and apathy” being led by “left-leaning ideologues [who] believe they are simply carrying out the people’s will.” He suggests the larger group’s silence is being taken as assent, and “it’s that sentiment that needs to be tectonically shifted.”

If the Canadians who own the resource don’t “step up”, Whitelaw warns, “we who toil in the sector can’t make those hydrocarbons work economically for you.” But “to get to that place and shift sentiment at the ballot box, at the risk of being brutally colloquial, they need a swift kick in the energy crotch,” he graciously concludes. “After all, Canadians don’t like posties screwing with their Christmas cards; why should politicians screwing with their fuel tanks be any different?”

With that in mind, he urges his readers to mark next July 1 on their calendars as “the day the tanks went dry.”

The other thing that occurred to me is that I can never remember CUPW *gaining* public support by going on strike. Rather than boycotting National No-Hydrocarbon Days, maybe we should endorse it, with a hat-tip to fossils for finally coming up with a good idea! But point out that most climate and energy hawks are suggesting a more realistic, less drastic solution — rather than anyone having to do without all at once, we’re the ones pointing the way to a managed decline that actually respects and shows a jobs pathway for the people who work in the fossil industry.