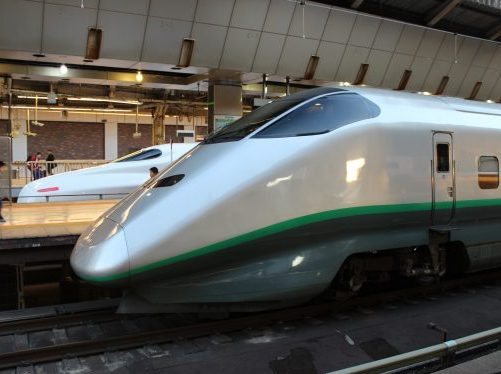 The new Ontario government is taking a second look at a plan to build a multi-billion-dollar high-speed rail corridor that would connect Toronto to London by 2025 and Windsor by 2031.

Yurek also disbanded an advisory board for the project chaired by former federal cabinet minister David Collenette. “Mr. Collenette and his board were only looking at the high-speed rail option,” he said. “We want to make sure we cover all the bases.”

Which means that “an ongoing environmental assessment for the project will continue, but the Progressive Conservatives say they’re expanding the scope of their studies to determine if other options, such as increased Via Rail service, more bus capacity, or improved highway infrastructure would work better,” The Canadian Press reports, in a story republished by CBC.

In its final budget before the June 7 election, Premier Kathleen Wynne’s government proposed an initial C$11-billion investment in the plan. The new infrastructure was expected to cut travel times from Toronto to Windsor from four hours to two, and “serve as an economic driver along a corridor home to more than seven million people and more than 60% of Ontario’s economic activity,” CP recalls.

Critics of the plan were concerned that it would put large swaths of prime farm land in jeopardy, with the Ontario Federation of Agriculture concluding that the line “would have to be built on expropriated farmland, creating a permanent division across the province and disrupting wildlife corridors and natural drainage patterns,” the news service notes.

“On the surface, they say they’re supportive of high-speed rail, but now they’re possibly looking at ways get out of their commitment,” said New Democrat Lisa Gretzky (Windsor West). “It’s definitely going backwards.”

“We have not yet heard if this project will go forward. We only know the team assigned to this project has been dismantled, and we have no timeline for their review,” added the Liberals’ Marie-France Lalonde. “We hope this government takes a long-term approach, instead of relying on short-sighted cuts.”

Sarnia Mayor Mike Bradley said it would be disappointing to see the province back away from high-speed rail, but stressed that his community needs short-term solutions, as well. “Sarnia has one train in and out a day,” he told CBC. “High speed rail is a nice lofty dream, and I’m a supporter of high speed rail. I’m just trying to be realistic about what can happen now. I did not sense before, during, or after the election that the new government was committed to it.”

“My fear with the Liberal government was that they were using high-speed rail to distract from the fact that they actually weren’t delivering on the solutions that are short- and medium-term,” Schreiner said. “My fear with the new government is they’re not going to do any of those—the short-, medium-, or long-term solutions.”