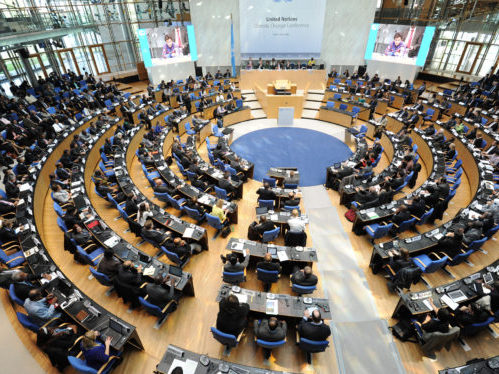 For a second year in a row, the Trump administration is planning a side event to tout fossil fuels during the annual United Nations climate change conference, coming up in Katowice, Poland December 3-14.

“As with the 2017 gathering in Bonn, Germany, the administration plans to highlight the benefits of technologies that more efficiently burn fuels, including coal,” Reuters writes, during an event convened to hammer out the detailed rules of the road to implement the 2015 Paris Agreement.

But “even as the Trump administration aims to promote energy strategies that could detract from those international goals, it also plans to let State Department officials continue negotiating the climate accord—a recognition that the next U.S. president may drop the nation’s opposition to the pact,” the news agency reports.

“The White House seems to have taken the view that it’s important to let technocrats complete the work of the rule book,” one source told Reuters. “It’s in the U.S. national interest to be at the table and see an outcome that emphasizes transparency, holds countries accountable.”

The pro-fossil event will likely take place on Monday, December 10 and be led by Trump’s international energy and climate advisor, Wells Griffith. An unnamed source told Reuters the session “will be dominated by proponents of coal and natural gas and likely advanced nuclear power, too,” the news agency states. “The panel will also likely feature a U.S. Energy Department representative. At this point plans do not include a renewable power industry representative.”

“Quite frankly, the U.S. is the only party to the convention that appears to be willing to push a rational discussion on the role of cleaner, more efficient fossil (fuels) and the role of civilian nuclear energy,” a source told Reuters.