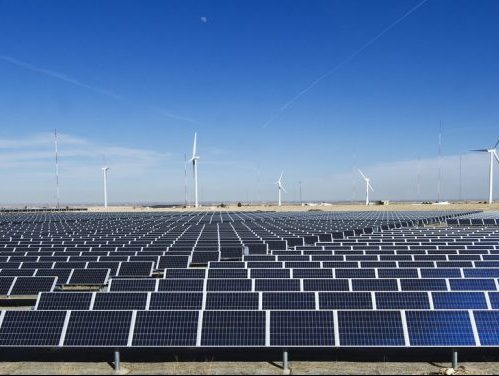 Finance and investment consultants at Lazard are the latest to conclude that renewable energy has reached an “inflection point”, where building new solar and wind capacity is often less expensive to build and operate than existing fossil-fired power plants.

This year’s edition of Lazard’s annual Levelized Cost of Energy (LCOE) Analysis is accompanied by an analysis of storage costs that “points to significant cost declines across most use cases and technologies,” reports Engineering News, in a dispatch republished by the Institute for Energy Economics and Financial Analysis.

“Although diversified energy resources are still required for a modern grid, we have reached an inflection point where, in some cases, it is more cost effective to build and operate new alternative energy projects than to maintain existing conventional generation plants,” said George Bilicic, head of Lazard’s power, energy, and infrastructure group. “As alternative energy costs continue to decline, storage remains the key to solving the problem of intermittency, and we are beginning to see a clearer path forward for economic viability in storage technologies.”

“The analysis shows that the cost of generating electricity from utility-scale solar photovoltaic (PV) and onshore wind continued to decline last year, with solar PV decreasing by 13% and onshore wind by almost 7%,” IEEFA notes. Onshore wind came in at US$29 per megawatt-hour (2.9¢ per kilowatt-hour), compared to $36 per coal, while utility-scale solar was “nearly identical to the illustrative marginal cost of coal.”

IEEFA adds that “decreases since 2009 are more dramatic, with the mean unsubsidized LCOE for solar PV falling 88% and onshore wind decreasing by 69% over the nine years surveyed by Lazard in the report.”