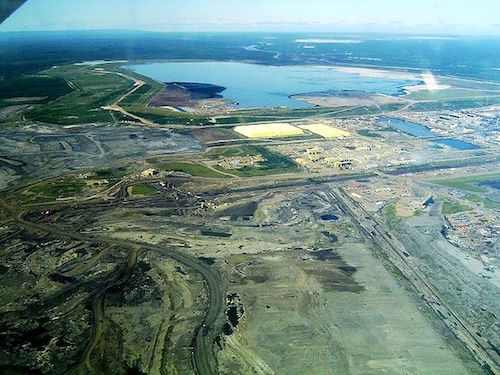 Less than a week after two of Canada’s top five tar sands/oil sands producers announced they were cutting back production due to the low price their bitumen fetches on world markets, ExxonMobil subsidiary Imperial Oil announced a C$2.6-billion project destined to increase the supply glut.

“We do not take investment decisions lightly, particularly in these challenging times,” said Imperial CEO Rich Kruger in a prepared statement. “This is the right technology at the right time to make a competitive investment.”

Kruger added that launching a new project when other fossils are avoiding new construction would save the company money. “It’s a bit countercyclical in that there’s not a lot of investment in construction going on,” he told media. “So if you want the highest performance from contractors and tradesmen and safety and productivity, it’s a good time to build.”

But “part of Imperial’s confidence comes from being able to work around the pipeline bottleneck that has sent prices so low,” the news agency adds. “Imperial is looking at ways to process more heavy crude at its refineries and could place some of the new production in Enbridge Inc.’s Line 3, the one export pipeline that’s under construction and scheduled to be completed late next year. Imperial also owns a crude loading terminal near Edmonton with the capacity to load 210,000 barrels a day that could be utilized to ship out crude oil.”

CNRL, Cenovus, and MEG Energy “have all announced production cuts to avoid selling at least some barrels of bitumen in the current low price environment that they hope will begin to recover sometime next year,” CP reported November 2. “Other producers, including Suncor Energy Inc. and Husky Energy Inc., say their upgrading and refining capacity and firm access to pipelines mean they can continue to produce at capacity.”